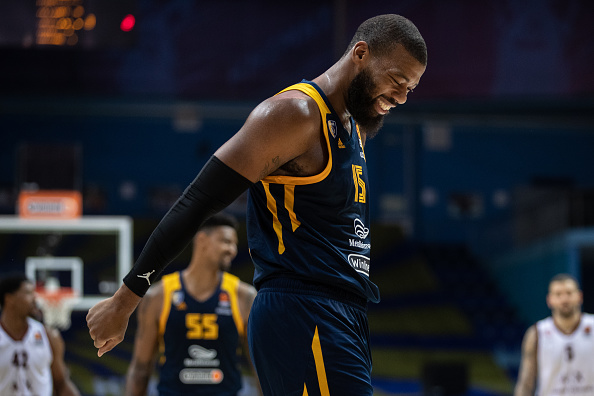 You would be forgiven for thinking that veteran center Greg Monroe’s NBA career was over, but you’d also be mistaken.

Monroe, who was taken with the seventh overall pick in the 2010 NBA Draft, recently went on The Ringer’s “Real One’s” podcast to discuss his NBA future.

“I’m ready to come in and whatever role is there for me, I’m ready to accept it,” Monroe would say.

Monroe, who last played in the NBA in 2018-19 while suiting up for multiple teams, is one of the centers who found themselves becoming less popular with the league’s shift towards small-ball.

However, with the center position experiencing a Renaissance, the skilled big man could see the shift in approach as an opportunity to return to the league.

“Obviously, the last couple years I’ve been playing overseas. I’ve been watching the playoffs and not being a part of it. But right now, I definitely am focused on trying to get on a team and make a run.”

Now 30-years-old, Monroe has played the past two seasons overseas with Bayern Munich in Germany and BC Khimki in Russia. Monroe left Russia in January of this year after BC Khimki terminated his contract.

There are already rumors about a potential landing spot for Moose, as he’s been working out in the Miami area since his return from Russia; leading some to believe that the Miami Heat are interested.