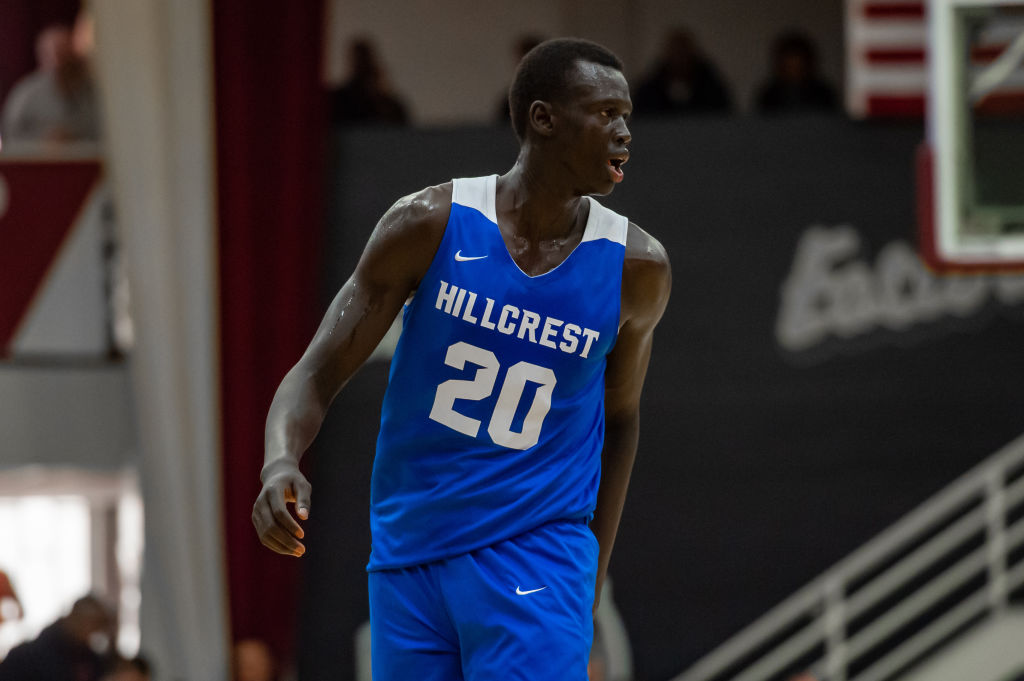 The Makur Maker Era at Howard University might be over after just two games and 48 minutes, as ESPN’s Adrian Wojnarowski reports that Maker will enter the 2021 NBA Draft. The 20-year-old will not sign with an agent which leaves him the option to return to school.

Maker received national attention when spurned “Power Five” programs such as Kentucky and UCLA to select Howard University. His choice made him the highest-rated high school prospect, and the first five-star recruit, to sign with a HBCU.

After averaging 11.5 points and 6.0 rebounds per game in the first two games of his collegiate career, a groin injury sidelined the 6’11” center after two games in November. Then, a bout with COVID-19, and the eventual decision for the Bison to end their 2020-21 season completely cut what was a promising freshman season for Maker.

Makur Maker discussed his short experience after the season ended with the Washington Post’s Jerry Brewer:

“I know that I’m good,” [Maker] said. “I know if we close the gym, I know that I’m going to compete, and I’m going to be the best player walking out. People don’t really look at it like that. So if you look at it and say that I played two games and I didn’t bring what I wanted to bring to Howard, that’s that. I can’t change your mind, but you have to come see me in person. You’ve got to see me play, and that’s definitely going to happen. And I’ll be ready to show you who I am.”

Maker has the reputation of being a highly skilled big man with the ability to play on the perimeter. However, the chances of Maker being drafted are up in the air, as he’s ranked 100th on the ESPN’s best available prospect list in a 60-player draft.