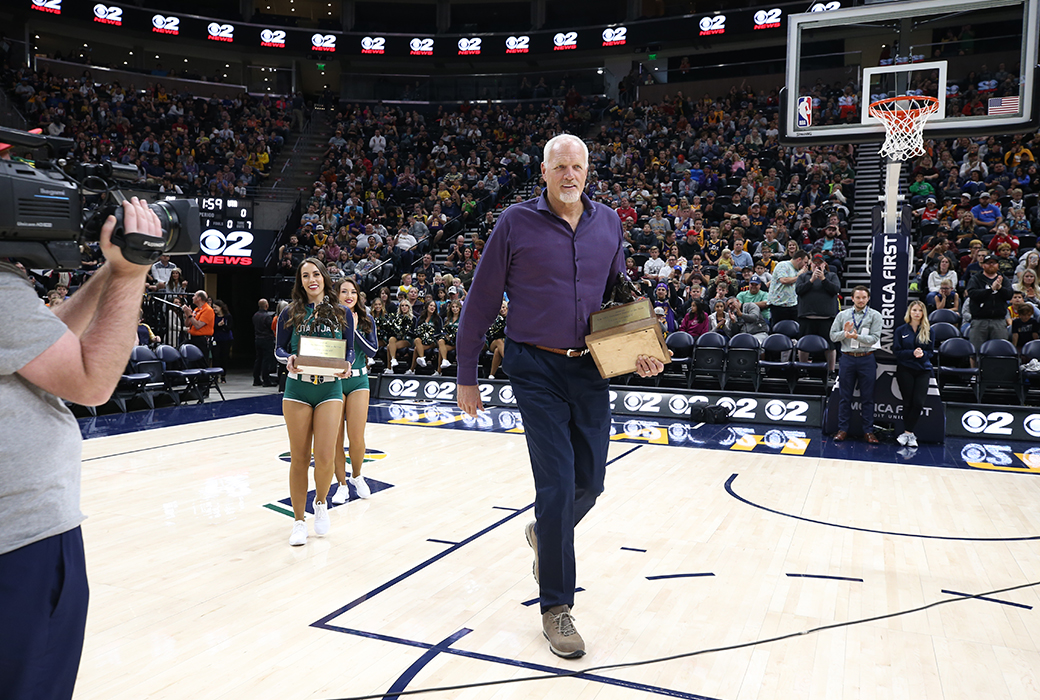 Former All-Star Utah Jazz center Mark Eaton passed away due to a bicycle accident on Friday night. Eaton was found unconscious on a road in Summit County, Utah. He was taken to a hospital and pronounced dead. The team confirmed the news and made this announcement Saturday via NBA.com.

“The Utah Jazz are profoundly saddened at the unexpected passing of Mark Eaton, who was an enduring figure in our franchise history and had a significant impact in the community after his basketball career,” the team said in a statement. “Mark played his entire 11-year NBA career with the Jazz and his number was retired as an NBA All-Star and two-time NBA Defensive Player of the Year. His presence continued around the organization as a friend and ambassador while giving back as a businessman and volunteer to his adopted hometown in Utah. We extend our deepest condolences to his wife Teri and their extended family. Mark will be greatly missed by all of us with the Jazz.”

The Inside the NBA crew started their playoff coverage by sharing their memories of Eaton and sending well wishes to his friends and family.

The Inside the NBA crew reacts to the passing of Utah Jazz legend Mark Eaton.

Our thoughts are with his family and friends. pic.twitter.com/vxdnMX2s4B

Mark Eaton was originally drafted by the Phoenix Suns with the 107th pick in the ’79 draft. Then he was drafted again at No. 72 by Utah in ’82. It was in Salt Lake where he spent 12 seasons and was both an All-Star (’89) and a two-time Defensive Player of the Year (’85 and ’89). His number 53 was retired by the Jazz organization.

Utah Jazz’s glory years is defined by the combination of John Stockton and Karl Malone, but Eaton was the unsung hero. The Jazz made the playoffs in his second year for the first time in franchise history that spearheaded a postseason streak that lasted 20 straight seasons.