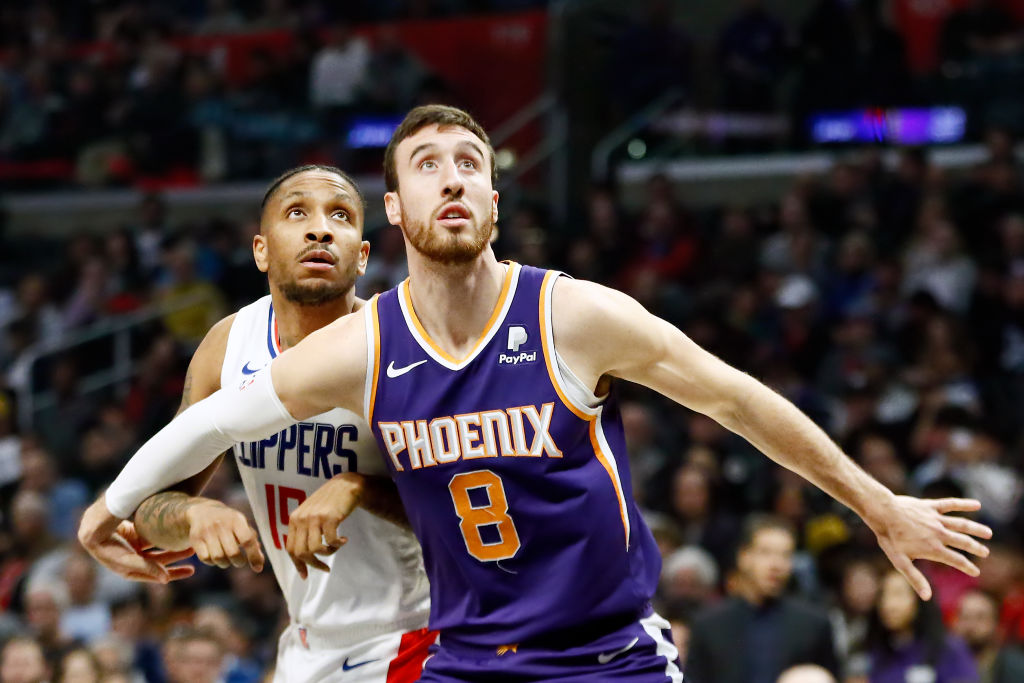 The Phoenix Suns will be without big man Frank Kaminsky for at least four weeks as he recovers from a stress fracture in his right patella, the club has revealed.

The 14-21 Suns will re-evaluate the 26-year-old at that time but will turn to the next man up as they chase a playoff berth in the Western Conference.

Kaminsky has averaged 111.0 points and 4.9 rebounds per game for the Suns in his first year with the organization and the club has a team option on the center’s contract next season.

Kaminsky’s absence will give Aron Baynes and Dario Saric additional opportunities to establish themselves this season.