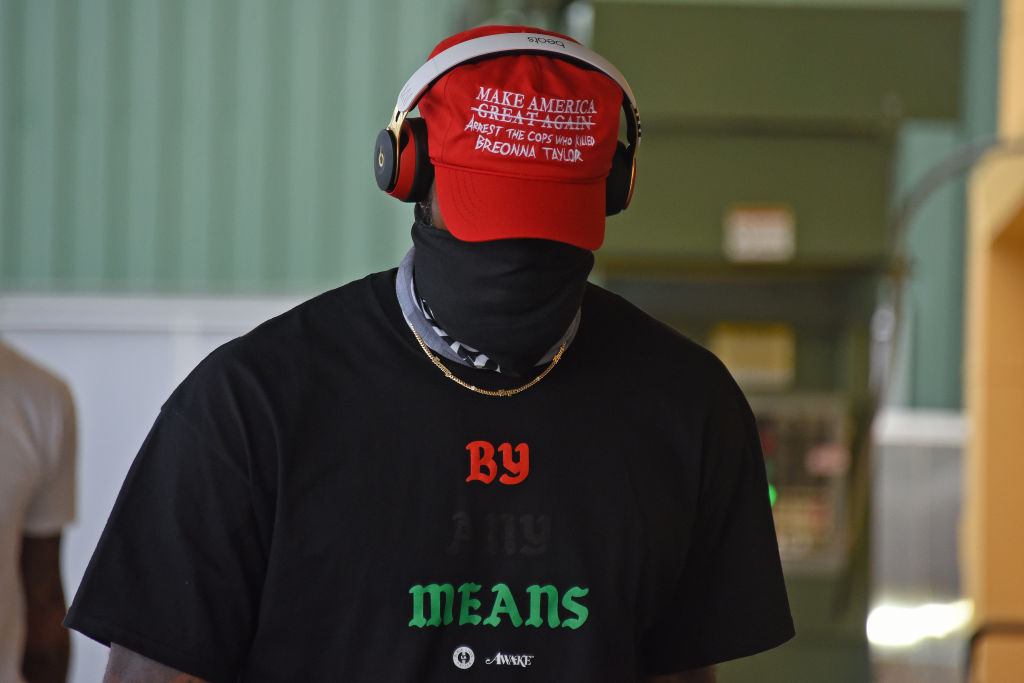 Hours before Game 4 of the Eastern Conference Finals matchup between the Boston Celtics and Miami Heat on Wednesday, breaking news spread around the world that would not only disappoint but pain the hearts of many.

Only one of the officers involved in the March 13 shooting of 26-year-old Breonna Taylor would face charges and be indicted for shooting into neighboring apartments.

Erik Spoelstra, head coach of the Heat, knows first hand the impact the decision has had on his players.

“These are unprecedented times and there’s incredible disappointment and frustration in our locker room,” Spoelstra told Sekou Smith of NBA.com before Game 4, “as well there should.”

Since the restart of the NBA season, players made it their mission to bring more attention to the heart-wrenching, demoralizing events that were continuously affecting black people.

Whether it was making statements on jerseys or writing “Justice for Breonna” on sneakers and speaking about it with the media, NBA players across all 22 teams have made an effort to not stick to sports and to use their platforms to call attention to police brutality and the social injustices that the Black community has endured.

Back in August, teams didn’t play games following the shooting of Jacob Blake by police in Kenosha, Wisconsin.

“I think we’re being heard, but obviously the goals that we’re trying to achieve we’re very far away from after seeing today’s verdict,” Lakers guard Danny Green told NBA.com. “It’s a disappointment. We feel like we’ve taken a step back, that we haven’t made the progress we were seeking. Our voices aren’t being heard loud enough.”