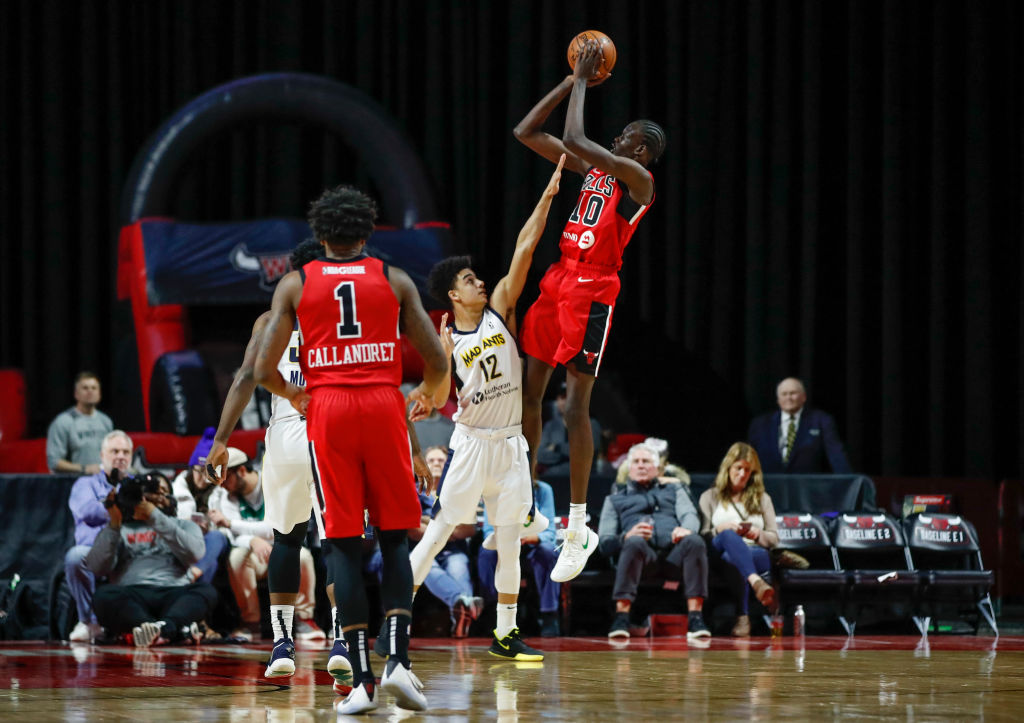 When Bol Bol inked his two-way contract with the Denver Nuggets he became the highest draft pick to sign such a deal. Put simply, with questions surrounding his athleticism and health, the 20-year-old has work to do before graduating to the biggest stage of them all.

Three games into his G League tenure, fans on the outside have finally had their first chance to see Bol in action since his injury-shortened freshman campaign at Oregon last season.

Bol has been on a minute restriction as he slowly and methodically strengthens the foot that suffered a fracture last season but the exposure that he’s had with the Windy City Bulls has already started to yield results.

“I think Bol realizes that he needs to put the time in to get on-court minutes at game speed,” Windy City analyst Mark Schanowski told Mike Singer of the Denver Post.

The reason Bol is playing for Chicago’s G League affiliate is because the Nuggets are one of two NBA teams that don’t have one of their own. That fact made initial news that the player and franchise had landed on such an unprecedented agreement somewhat surprising.

Bol is doing what anybody would expect out of an immensely popular 7’2″ prospect, swatting 2.7 blocks per game in just 17 minutes of action and he’s added 11.3 points and 7.7 rebounds, to boot.

Most impressive, however, has been the center’s soft shooting stroke.

Bol hasn’t connected on a three-pointer throughout his first three games in the G League but he wasn’t afraid to shoot from that range in college. Eventually, as Bol grows more comfortable extending back beyond the NBA three-point line, he’ll level up as a threat.

“He’s got such an easy stroke from 3-point range that when he gets back to the NBA level, I think he can be a real weapon,” Schanowski said.

Bol posted 16 and 11 in a recent victory over the Pacers’ affiliate, the highlights of which you can check out below. He was assigned to the G League squad on Nov. 11 and will have 45 days’ worth of time at the big league level should the Nuggets wish to bring him back to Denver for games or practices.