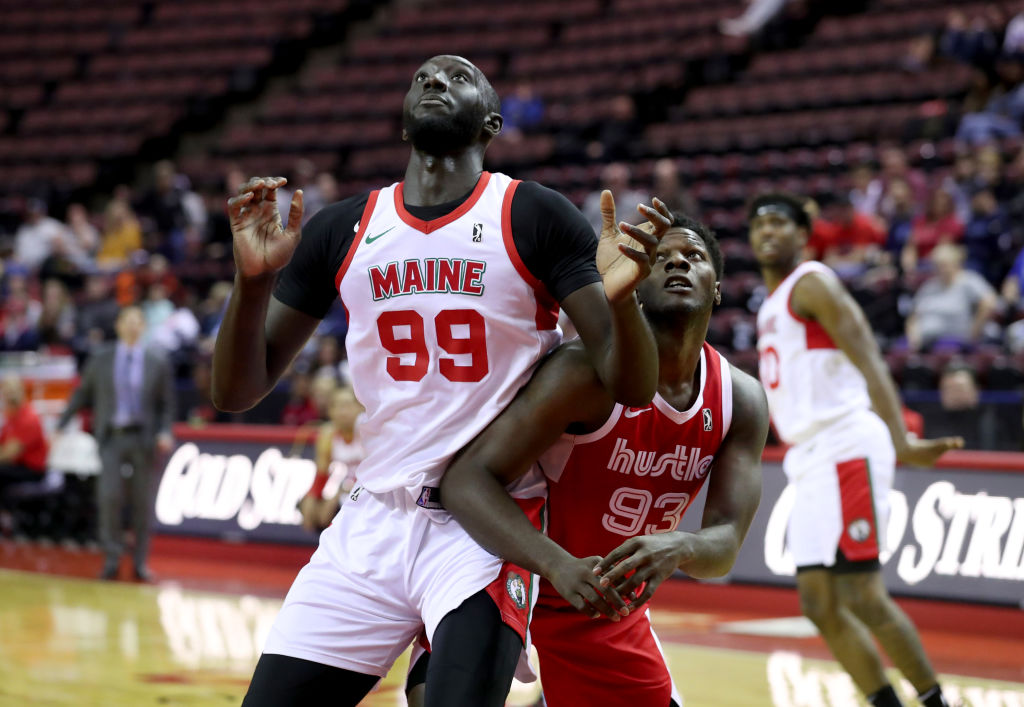 The Boston Celtics landed themselves an instant fan favorite when they inked Tacko Fall to an exhibit 10 contract this offseason. When they doubled-down on the 7’6″ project by converting his contract to a two-way deal, they ensured that C’s fans would be particularly dialled into the Maine Red Claws in 2019-20.

Through six G League games so far this season, Fall has looked every best the fascinating project basketball fans have hoped for since his four-year run at the University of Central Florida came to an end last spring.

Not surprisingly, Fall’s length has been on full display in the G League, highlights of which can be found below, but the 23-year-old hopes to be more than just a novelty player. Having seen what we’ve seen so far, that’s a distinct possibility.

Fall has averaged 15.0 points, 10.8 rebounds and 2.7 rebounds per game for the Maine franchise and towered over opponents the way you would expect. On Monday night, the rookie pulled down 14 offensive rebounds in just 22 minutes of action, finishing the night with a 16-and-18 stat line.

Despite Fall’s impressive stat sheet, the Celtics are in no hurry to rush him to the big league level. As head coach Brad Stevens told Tom Westerholm of Mass Live three weeks, the club would rather acclimate him slowly than bring him to Boston for long stretches at a time.

“We’re going to have him come up for one day [at a time] a lot I think, rather than a week at a time or two weeks at a time,” Stevens said.

Fall hasn’t made an appearance in an NBA game since then, and only has one contest under his belt, but he’s made the occasional appearance in Boston, governed by the league’s two-way contract rules.

Don’t expect the C’s to deviate from the plan in 2019-20 given that what they’ve done so far has worked out. Boston currently sits second in the East and even managed to survive injuries to Enes Kanter and Daniel Theis without having to pull Fall up to the Celtics prematurely.

As far as long-term projects go, however, Boston has to be pleased with what they’ve seen out of a player whose NBA future was considered a mystery when they signed him.