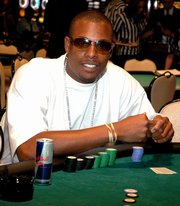 -This columnist thinks the League should let its refs gamble to their heart’s content.

People are going to gamble, even some officials, and the best way to keep an eye on their habits is to let them gamble openly. Obviously, betting on basketball is a no-no, even outlawing all sports wagering makes sense. But at least let ’em blow a few grand in Las Vegas, let ’em roll the dice in Atlantic City. The NBA can set up a system where officials can report their gambling activity, so it will all be on record. That way, they aren’t forced into being secretive and conniving.

(Oh yeah, I can totally see David Stern allowing this after the Donaghy crisis.)

-Brandon Roy’s birthday bash was shut down early due to violence. The good news is that no one was seriously injured.

-The Colorado hotel that Kobe Bryant made infamous a few years ago has apparently changed everything but its name.(Via: SPORTSbyBrooks)

The Lodge & Spa at Cordillera renumbered all of their rooms, and every bit of furniture in Room 35 was reportedly sold to a used-furniture dealer in Denver. Today room 35 is now 156!

(But, do bears still come up to this window? Inquiring minds want to know…)

-Magic Johnson was one of the people who received National Civil Rights Museum’s annual Freedom Awards yesterday. Johnson was honored for his work in low-income neighborhoods.

-Brandon Bass has agreed to a 2-year deal with the Mavs.