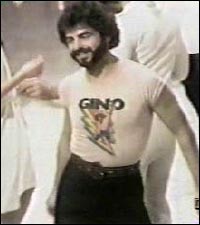 There’s a certain game that’s highlighted on every Celtics players calendar. None of them will admit it before it is proper to do so, but most are undoubtedly guilty of thinking of paying back the team that gave them their only home loss. While Saturday the 5th is the chance for the Celtics to make their mark against the Pistons, Friday the 4th, is just a mid-season game against the Memphis Grizzles.

Ray Allen, relaxing in his Jordan slides, faces the media onslaught before the game. Showing his savvy, he deflects any idea that the team was looking past today’s game and ahead to Saturday night’s rematch in Motown.

“We’re not thinking about it at all, we’re worried about this game.” Allen said. “We’re focused on the task at hand. It’s an 82 game season. We have to turn each stone one at a time.”

Though when I asked Ray if the younger players would have the same outlook as an established veteran he actually said the opposite may be true. “The daily grind in itself is overwhelming for younger players while the veterans are more aware of the big picture,” Allen said.

Regarding the Celtics record Allen said, “I don’t think there’s a point where you can stop and say you’re great. Look at the Patriots, one misstep can ruin everything you’ve worked for. Seeing that with them, it can go for any team.”

Regarding Memphis, Mr. Shuttlesworth dryly says, “Every team poses a different challenge. We can only do what we’re only capable of doing.” Spoken like a man whose team is 18.5 games ahead of its opponent.

On a completely random note, with his elaborate handshakes for teammates, from a personality perspective, Edddie House is the Jose Reyes of the NBA. Though from a talent level, House is more the Ronnie Belliard of the NBA.

KG connects from 20 feet to put the C’s on the board.

Rondo takes it in himself for the layup. 4-2 Green.

Miller head fakes to get separation from Pierce and nails a 20 footer. 4-4.

In the span of a minute Darko blocks shots from Ray, Perkins, and Rondo. I must say, he’s proving to be more of a presence and less of a punchline in person.

KG engulfs a Darko layup attempt. Somehow Gasol manages to miss the backboard and the rim entirely on a putback attempt from point blank distance. That right there is hard to do.

Mike Miller for three. At this point I would say that it’s a thing of beauty, but then I saw the kicks. Yellow laces? Seriously? You’re an NBA player, not a waiter at Chochkeys 11-7 Grizz. 10 flare points for Miller.

Grizz showing good ball movement as they work it around to an open Conley for the 3 from the wing. Wet, 15-9 Blue Bears.

8 minutes through the first, the C’s are shooting just 3-12 from the field. Thank you mini television at my desk.

Conley penetrates and puts up a teardrop floater in the lane. ONIONS! Grizz +3.

Miller, on the right wing, dribbles to the top of the key. Stops and pops. Flare and emasculating hair accessories aside, that was a beautiful shot. 23-19 Grizz.

Miller takes it all the way in for two. Miller leads all with a game high 11 points. 26-22 Grizz.

Pierce backs down, fadeaway over Jacobsen. 26-24.

Tony Allen rises up for two to give the Celtics their first lead. Ives Timeout. 28-26 Celtics. Grizz go small. Juan Carlos (JC) and Lowry in with Jacobsen, Gay and Swift.

JC steps into an open jumper, 28 all.

Big Baby strong on the left side. 34 all.

Stro with a confusing pull up jumper. It’s almost too easy to make fun of Stromile Swift. Suffice it to say, he went 0 for everything in the second.

JC hits a three. Fan behind me “See, I told you white guys could shoot.” Good old Boston. 37-34 Blue Bears.

Darko misses another mechanical hook. Is he nervous or intimidated, or is he literally that much of a stiff.

T Allen right into the heart of the Grizz D. Floats it in over Pau and Darko. Tony is putting in work, dropping 15 points in the second quarter alone. I didn’t think there’d be a C’s home game where I’d wonder where Boston would be without Tony Allen. 43-39 Celtics.

PERKISABEAST.COM. The open dunk, and ensuing mini-Shaq sillouhette brings the crowd to their feat. 45-41 Celtics.

Gay connects on step back jumper from right wing. 45-43.

Darko drives in for the most mechanical looking dunk I’ve ever seen. It was almost like something from a videogame, from seven years ago, played by someone who can barely work a controller. Style points aside, 49-47 Celtics.

KG up and under move draws attention, he finds Perkins for open dunk. 53-49.

KG off the glass for two puts the Celtics up 6. Ives timeout.

Again the offense runs inside-out through Garnett. KG finds Rondo for a layup, 57-51.

Conley with a pretty baseline drive up and under, 57-53 Celtics.

Consecutive Grizzlies possessions result in consecutive 20 foot jumpers from Darko. You probably don’t need me to tell you that they’re not going in. I guess he still is a punchline.

Garnett with another unstoppable jumper from 10 feet. 65-53.

Gay picks, Miller finds him on the roll for the short jumper. C’s +10.

The Truth with the old-fashioned three-point play. 68-55, 4 minutes left.

They’re not going down without a fight. Conley penetrates and dishes to Jacobsen for the corner three. 68-58.

Gay catches a blow from Posey on a fastbreak and falls to the court. During the timeout, Gay mumbles something nonsensical to Posey through a bloody towel and icepack. I would of loved to hear Posey reply “Can’t talk with a [towel] in your mouth.” (“Warning,” anyone?)

Just a beautiful Celtics possession as every player touched the ball. The Grizz defense was on their heels the whole time as no player dribbled more than twice. Ends in a KG lay-up and-one. 71-61 Green.

Big Baby outworks Gasol for the offensive rebound. Gasol responds with the block of his putback. We’ll call this one a draw. For the night, Pau + Darko are doing an admirable job patrolling the paint, combining to block seven shots and alter several others.

JC slides into the paint with pretty floater. 74-67 Celtics.

A loose ball scramble leads to two Big Baby belly flops in a five second span. Impressive, though the Russian judge may dock a couple of points for literally making the floor shake; the landing is crucial. Regardless, the scramble results in another JC 3. (He got not one, but two Tommy Points for this during the broadcast – Jake)
A Lowry fadeaway over Pierce silences a C’s surge. 82-75, Celtics. Admirably, every time the Celtics try to turn it up a notch and put the game away, Memphis, despite Darko’s best efforts, has found away to hang in there.

During the TV timeout a guy on the jumbotron pops the collar on his #44 replica jersey. Scalabrine replicas – I didnt know they made those. Out of the timeout House hits another three.

Eddie House runs a pick and roll with Big Baby. As the defenders collapse on House, he whips a pass between them to a rolling Davis for the slam. Building explodes, 91-77 Celtics with 5:12.

So much for playing the victim of the BIG “Warning,” Gay returns to the court sans part of a tooth chipped by Posey.

Gay hits open three from the left wing to pull M.E.M.P.H. within nine with a little under four minutes left.

3:36, KG and Pierce check back in. So much for cruising into the Palace tomorrow night.

A Ray Allen turnover gives the Grizz some hope. As opposed to his backcourt namesake, this Allen is having a night to forget, missing all nine attempts from the field.

Conley, up top, passes to Gay on the right wing. Misses. It’s hard to argue with your best scoring threat for shooting. But they may have been better served working the ball around and getting a better shot.

And just as I type that, Gay drives through the lane and connects on a tough fall away jumper. 91-86 Celtics with a minute and change.

KG two for two from the stripe puts the C’s +7.

Gay finds Navarro on baseline for floater over KG. 93-88.

KG put back on Pierce miss. Nail in the coffin. 97-89. 20 seconds left. Hats off to Gay & Co. for making this more of a game than anyone thought it would be.

During a timeout, the Celtics hypeman schools me on GINO, the infamous t-shirt worn by a disco dancer that is featured in the American Bandstand clip which signals an impending Celtics victory. An intriguing twist on the victory cigar.

With meaningless seconds left, discussion on press row takes us back to February 27, 1997, a Bucks game against the Hawks which is only worth knowing because it was the last time Ray Allen has gone scoreless. Just as I type that, he gets intentionally fouled. The Celtics bench and remaining fans rejoice as he finally gets in the scoring column.

After a handful of questions about the game, Pierce and Garnett give the media what they want, Pistons talk.

“We look forward to going into Detroit,” Pierce said. “We have our work cut out for us. It’s going to be a tough challenge. We may see them in the playoffs so it’s a statement game.”

“If we’re going to be of any substance, we’ll have to beat teams like [Detroit],” Garnett said. “It’s a good measuring stick.”

“I expect them to be revved up,” Garnett said of the Motown crowd. “I look for it to be hostile. It’s a big game, it should be fun.”