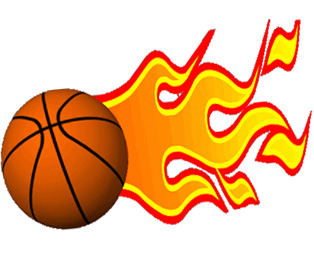 It’s always exciting when the Phoenix Suns come to town, because for those of us fed a steady diet of Nets and Knicks basketball, seeing the Suns is like getting one of those adrenaline shots to the heart like in Pulp Fiction.

Until last year. The Nets and Suns faced off for a game that I’ll always remember (for the wrong reasons). It was late March, and Amare Stoudemire was just returning from his injury. He played so badly that night that the Suns shut him down for the rest of the season. Nash finished with 0 points for the first time in years, and the Nets totally crushed the Suns, 110-72. As I wrote last year in The Links…

As the second half started, the writer sitting next to us in the press seats said, “Watch, the Suns will probably score 35 points this quarter.” When the quarter ended, I turned to him and pointed out that the Suns could score 35 consecutive points and still be down by 3. The final score was 110-72, although it was never even that close.

I was hoping for a more exciting game tonight when Ben and I went out to Jersey. It’s also worth noting that this is the third NBA game I’ve been to over the last three nights, so I was trying hard to battle that weighing ennui that tends to settle in during an NBA overdose. (This explains the two cups of coffee and the Mountain Dew I had during the game.)

Pregame in the Suns locker room, several players were hanging around, chatting, making fun of each other. Boris Diaw and I discussed my last trip to Paris, and I asked if he wanted to come along next time I go, perhaps in the next few months. He said sure, but I didn’t tell him the Suns would probably still be playing then. Then again the way his season’s gone, he might not mind getting a break. Linkstigator Pat Burke regaled us with stories from playing in Europe, particularly stuff about how the refs take a ton of abuse from fans over there, some of it physical. I wondered how Joey Crawford might fare doing a Euroleague game. Would he throw out all of the fans?

While we were talking, Kurt Thomas walked over to get Burke to sign a ball, and he looked at me and Ben and said, “I hope I’m not interrupting anything…” Thanks for the concern, Kurt. (By the way, anyone else noticed how less crazy Kurt is since he went to Phoenix? He used to be good for a bunch of technical fouls each year, but he seems to have mellowed some.)

The Gary Sussman-mandated Media Room Dinner Review: The salad in Jersey is always solid, and I mean that in a good way. It’s fresh, consistent, tasty…good stuff. But once again, the chicken (tonight it appeared to be Asian-inspired) was dry and overcooked. Nets PR guru/PA announcer/occasional blogger Sussman asked if I was a little harsh with my last review, but I told I was actually being nice with that one. On the food alone, I’ll give them a C, mainly because the rice pilaf wasn’t half bad.

(Ben noted that I should mention the hot dog grill they have in Jersey, which is always running in the corner. If you don’t like the real meal, that hot dog grill is a savior, as it was tonight. The hot dog station gets a B+. If you want to up the grade on the hot dogs, Gary, we need to talk about that condiment selection.)

When the game started, I decided I wasn’t going to take play-by-play notes, but I opened my notebook and pulled out a pen just in case. In retropect, this was a tremendous idea, because I probably would have set my pen on fire from having to write so much, so fast.

An interesting subplot early on was the ongoing Vince Carter/Marcus Williams cold war. I noted in the last game notes the little battle that appeared to be raging, and when Williams checked in with 3 minutes to go in the first, the Nets ran through two consecutive possessions without Vince getting even a hand on a ball. Next time down the Nets called a timeout and returned to have Vince and Marcus run some two man game. I don’t know if Lawrence Frank squashed beef in that timeout or if I’m delirious from too much NBA and imagined the whole thing, but from then on things between them were fine.

The Suns led 30-29 after one, and the Nets relied heavily on their second team big guys. (The Suns had on their blackboard in the locker room: “Our bigs are more athletic than theirs — use this to our advantage!”) Kidd got a lot of minutes and was filling up the stat sheet. The Suns led 64-58 at the half. Ben and I spotted a heavy-hitting NBA agent in the crowd, so we spent halftime with him, gossiping and catching up on the latest dirt.

The Nets outscored the Suns in the third, and the Suns were up two points going into the fourth. And then all hell broke loose.

The Nets seemed to be scoring pretty easily, but every time I looked up at the scoreboard, the Suns were up by 2 or 3 points. And it was fun — the crowd was into it, the music was blaring, the dance team was doing their thing (but no schoolgirl outfits — even though I had my Sidekick camera ready to go).

The thing is, as pumped up as the Nets appeared to be, the Suns looked like it was business as usual. And for them I’m sure it was. They had 92 points going into the fourth quarter, which for any other team would be something worth celebrating, but for Phoenix it was just another night at the races. By now, teams are also always geeked and ready to run with the Suns, like, as Ben pointed out, teams used to get super-fired up to face the Bulls in the ’90s and Lakers a few years ago. But the Suns just do their thing, running people into oblivion.

At some point in the fourth quarter, Kidd notched his 78th career triple-double, tying him for third all-time in triple-doubles with Wilt Chamberlain. The Nets have been promoting “The Chase For Wilt” pretty relentlessly for the last year, and when Sussman announced it to the crowd, everyone went wild. And it’s great and all, but it’s third all time. Shouldn’t they save the press releases and stuff until he nears the top of the list?

(Never mind. Just looked it up and the top two all time are Oscar Robertson with 181 and Magic Johnson with 138. I don’t think Kidd’s coming close to either of those guys any time soon, unless he plays another 20 seasons.)

With a few minutes to go, it was coming down to the wire. I predicted a Suns win, just because they are conditioned to play in exactly these kinds of circumstances. But the Nets hung in there, kept attacking and kept running. They built a lead, and were up by three with a few seconds left. The Suns called a timeout and took the ball out of bounds at halfcourt. Do you foul and prevent a three and send them to the line for two shots? Or do you let them go and hope they miss a three? The Nets (specifically, Vince Carter) fouled Boris Diaw. And it was Vince’s sixth foul, so he was disqualified. He said later he thought he had four fouls, so it would’ve been his fifth. But if he had five fouls and the plan was to foul, why was he even in the game? And why did they foul right away? Why not burn off a few seconds?

Diaw hit both free throws, and the Suns fouled the Nets right away. Kidd hit both free throws to make it a three point game, and the Suns called their last timeout with 4.1 left. They came back to halfcourt, and after what seemed like 4.99999 seconds, Diaw threw it in to Nash, who came off a Kurt Thomas pick and drained a clutch three from the top of the key. Suns assistant Alvin Gentry hopped off the bench and screamed, “Yes sir motherf*ckers!”

The interesting thing with this play was that the Suns obviously needed a three, right? So why did Mikki Moore, who was guarding Thomas on the play, move back and play behind Thomas, as if he was guarding against a backdoor cut from Nash or a roll by Thomas? He should’ve played on top of the pick to ensure the Suns couldn’t get a three, and sacrifice the chance of the Suns going for two. But he didn’t.

Overtime, and they continued going back and forth, playing absolutely no defense. Kidd had a shot to win it at the end of overtime, and the shot rattled around, going in and then falling out. If the new sticky razorball wasn’t going to make a difference there, nothing would have mattered.

Overtime number two, and Nash started it by hitting consecutive threes and then a layup, and the Nets posted a comeback to tie it again. Funniest play of the night came toward the end of the second overtime, when Kidd made a nice drive and got the and-one, and as the ball went through the rim Kidd slid into press row. Antoine Wright ran over to celebrate and slipped on Kidd’s sweat, and he ended up sliding into Kidd, kicking him on the leg.

Nash was quietly brilliant all night, but my favorite play of his came in the second overtime. The Nets had a small lineup in with three point guards (Nash, Marcus Williams, Eddie House) and two small forwards (Antoine Wright and Richard Jefferson) and they were making a push to get back in the game. And after a long three from one of the Nets, the Suns threw it in to Nash, who without hesitation tossed a fullcourt pass that went about two inches over the outstretched arms of Richard Jefferson and hit Shawn Marion on a dead run, right under the rim, for a layup. I don’t know many other point guards who would’ve even tried that pass, much less pulled it off.

The Nets might have stumbled upon a lineup that really works, too, as at one point they had Marcus Williams and Jason Kidd together in the backcourt, with Vince and Richard Jefferson at the forwards and Mikkie Moore/Jason Collins “The Greater” switching out at the five. Can any team in the East keep up with those guys?

After the game, I walked into the Suns locker room, and Boris Diaw was sitting in his locker, wearing only a towel and flip-flops, sipping on a cup of coffee. His legs were casually crossed and he looked totally relaxed, as if he was killing time at a cafe along the Champs Elysees. “What I want to know,” I said to Boris, “is how did you get 14 assists and 16 points and play 40 minutes but end up with only 1 rebound?”

Boris smiled and said, “I was busy boxing people out. Everyone else was getting the rebounds.” Well, not really, but the truth is there weren’t that many rebounds to go around — the two teams combined to shoot 54 percent from the floor.

Pat Burke emerged from the shower and started getting dressed.

“Oh man,” Burke said. “Watching Kidd and Steve go at it? That was incredible, incredible.”

“No, you. You played a heckuva game.” Burke finished with 0 points and 0 boards in 0 minutes.