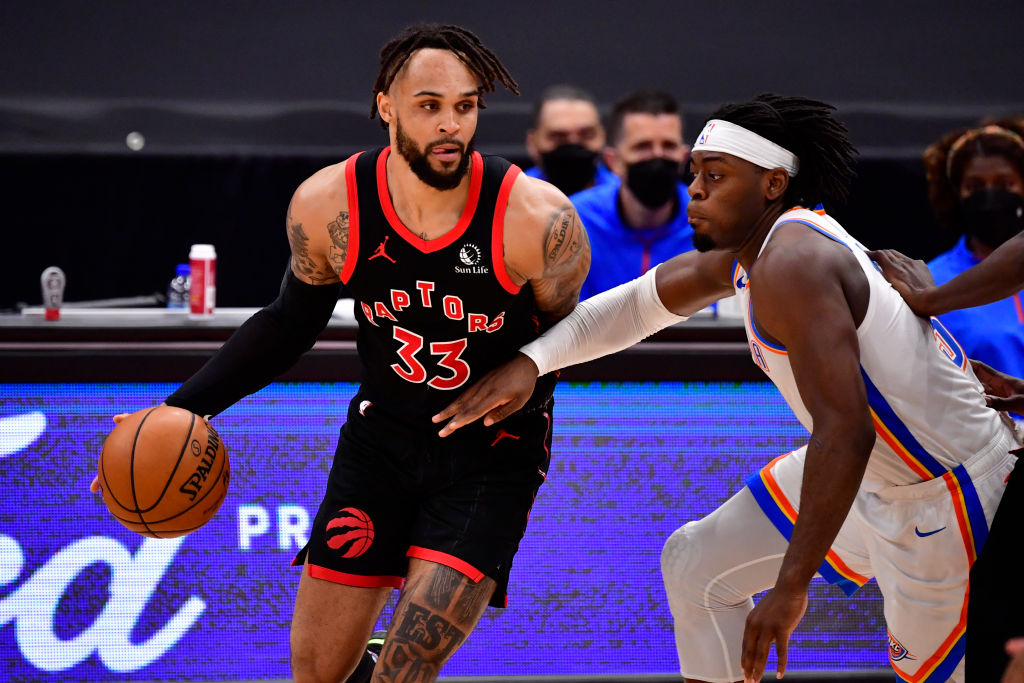 Gary Trent Jr. was sent to the Toronto Raptors at last month’s trade deadline and has thrived ever since. As a member of the Raptors, he’s averaged 16.8 points per game whiles shooting .379 from deep through 13 games. Solidifying himself as a starter, it appears he’s found a place he loves as he considers free agency options this summer.

Last week the Raptors released a video breakdown of his time with the team thus far. In the video, Trent Jr. spoke very highly of the franchise and said he feels like he’s part of something great.

“For the first time in my career in the last three years, you know, I feel like I am wanted in a sense. They want me to be a part of something. They want me to help. So, I can’t even put it into words to be honest with you.”

The former second-round pick is already one of the best players on the Raptors roster. Set to earn a big payday this summer, Toronto should do everything they can to keep him around. It appears he really enjoys his current situation, so it could work out great for both parties in contract negotiations.