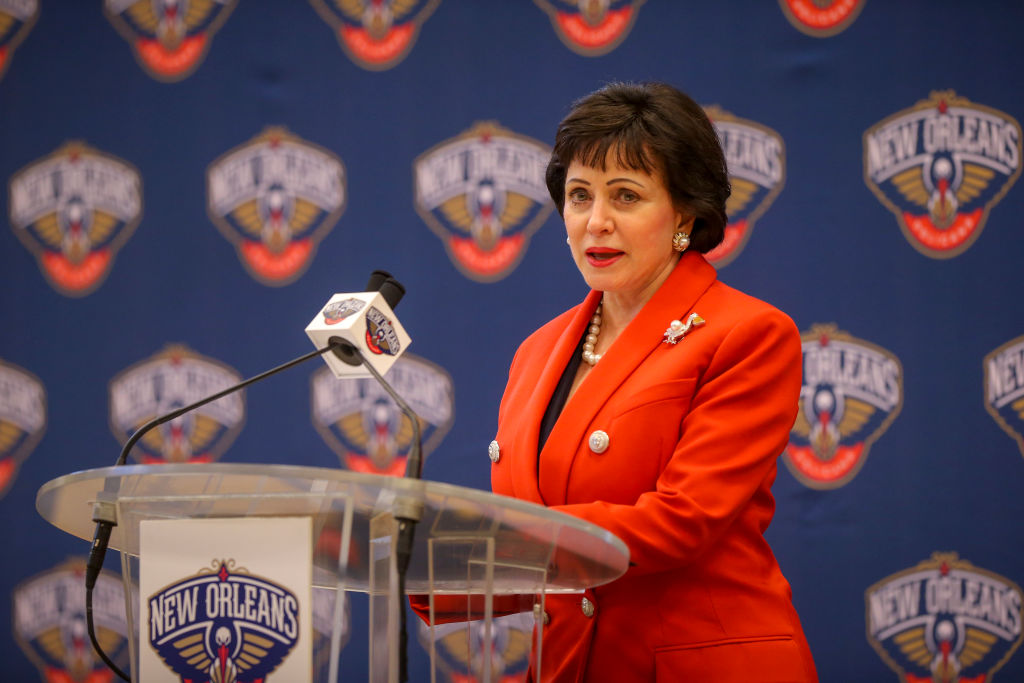 The owner of the New Orleans Pelicans, Gayle Benson, has tested positive for COVID-19, The Times-Picayune reports. The 73-year-old has not been hospitalized and remains active in executive meetings around the league.

Benson, who also owns the NFL’s New Orleans Saints, had not been in the NBA’s Disney World bubble.

Though not hospitalized, Benson had shown symptoms and is reportedly recovering well.

Benson assumed control of the Pelicans in 2018 when her husband Tom Benson passed away. She’s been at the helm of the franchise that’s undergone a drastic makeover since.

Benson hired David Griffin as executive vice president of basketball operations last summer. Of course during this span the team also traded away Anthony Davis and draft Zion Williamson with the first pick in the 2019 NBA Draft.

The Pelicans didn’t make the playoffs this year but they were invited to the bubble. Benson was sure to send her players and staff Louisiana sea food during their time on campus.