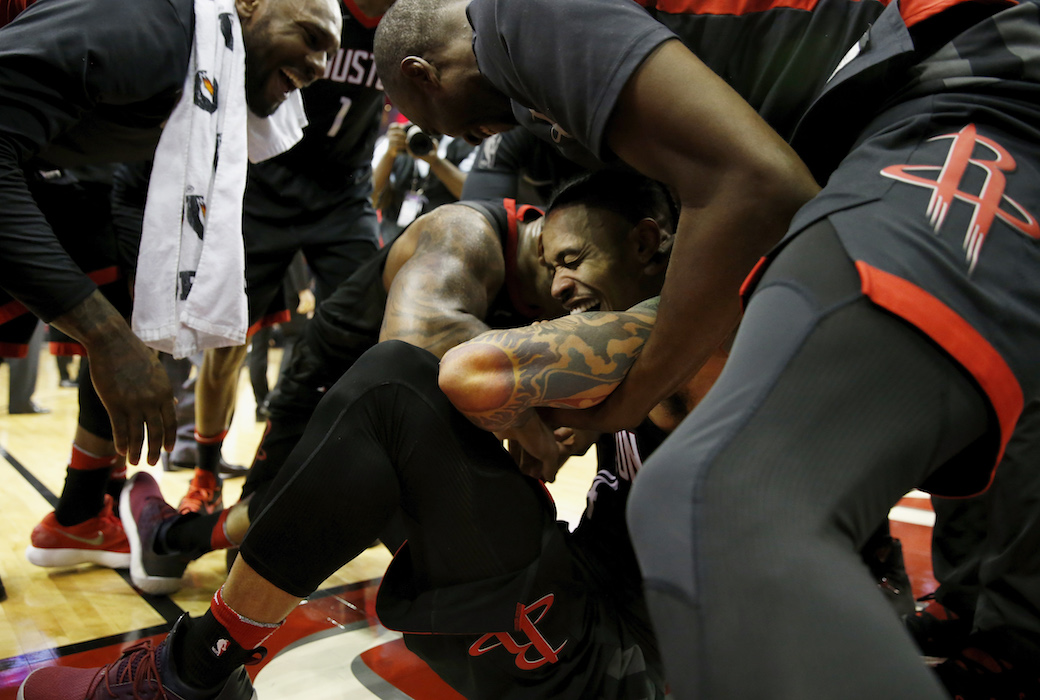 Gerald Green‘s three at the buzzer lifted the Houston Rockets to their 11th straight win, this one 104-103 over the Phoenix Suns.

It also capped a wild finish.

The Rockets trailed by 18 late in the third quarter, but James Harden scored 13 in the fourth to bring Houston closer. His last basket came on a three to tie the game with 12.2 seconds left.

Still, it looked like the Suns were about to escape Houston with a surprising win. Josh Jackson‘s pull-up jumper with just over a second left put Phoenix back on top.

Out of a timeout, Green caught the inbounds pass in the corner and had no choice but to hoist one.

Harden had 28 points overall with 10 assists and eight rebounds. The Rockets are now 62-14, by far the best record in the NBA.