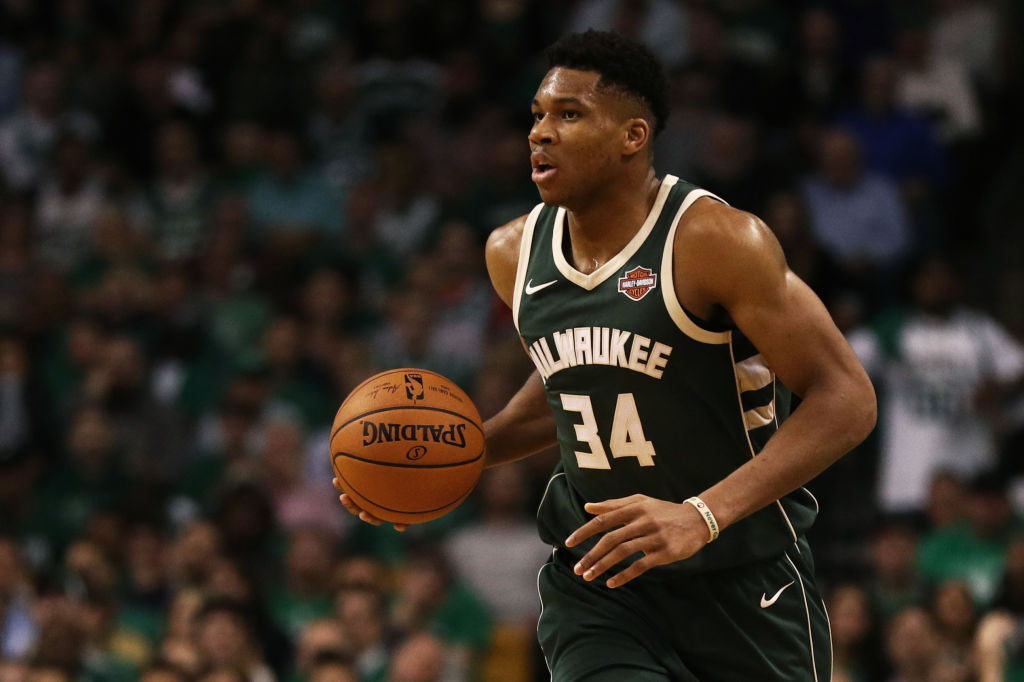 Giannis Antetokounmpo had his way with the Celtics on Wednesday night, hanging 37 points on Boston for their second loss in a row, and helped lead the Milwaukee Bucks to a 108-100 season-opening victory.

Antetokounmpo had 16 of his 37 points in the fourth quarter, and added 13 rebounds.

Kyrie Irving struggled on his way to 17 points, shooting an ugly 7-for-25 in his Boston debut.

Giannis Antetokounmpo dribbled into the paint, spun to his left and found his path to the basket blocked by Celtics rookie Jayson Tatum.

Instead, the Greek Freak fed the ball to Matthew Dellavedova beyond the arc for the 3-pointer that helped seal Milwaukee’s 108-100 victory over the Boston Celtics in the Bucks’ season opener on Wednesday night.

“I passed the ball to Delly,” said Antetokounmpo, who had 16 of his 37 points in the fourth quarter— and the biggest assist of the game, as well. “And that’s what Delly does.”