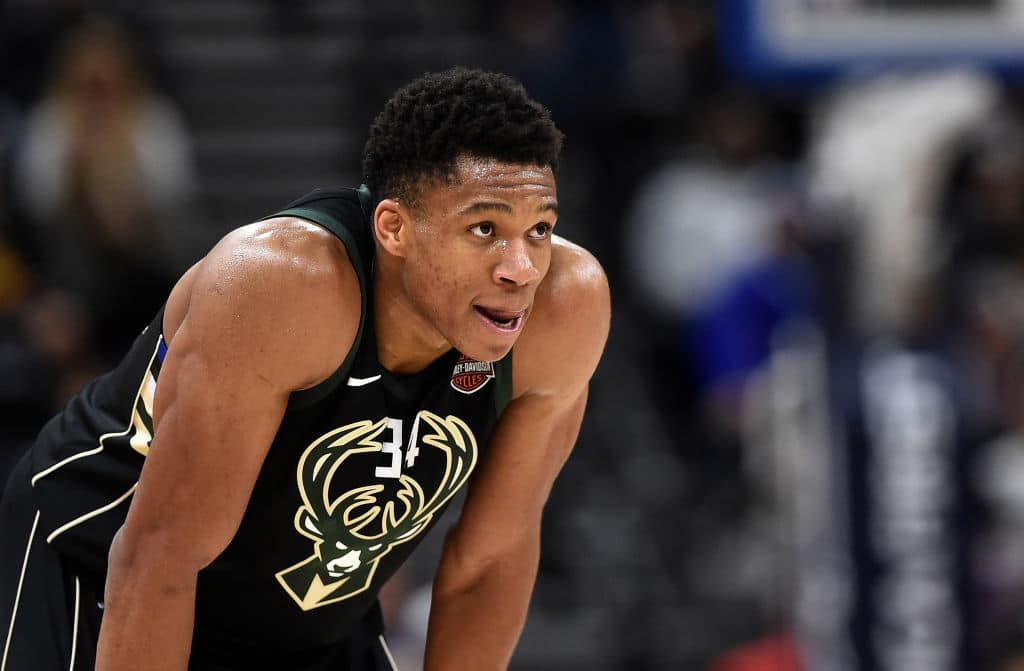 TV cameras caught Giannis Antetokounmpo loudly and profanely telling Milwaukee Bucks assistant coach Sean Sweeney that he was going to mess him up Saturday night during a 121-108 road loss to the Utah Jazz.

The All-Star forward downplayed the incident Sunday, and said it’s not the first time the two of them have gotten in each other’s faces.

"That's what we do. We fight. We argue. At the end of the day we both want to win."@Giannis_An34 on his relationship with Coach Sweeney pic.twitter.com/uNlJ4XQaw8

Giannis maintains that he’s very “tight” with the assistant coach.

“That’s what me and Sweeney do,” Antetokounmpo said, later pointing to Sweeney grinning across the gym and remarking that Sweeney is usually loath to crack a smile. “You always fight with your brothers. It’s something common. Me and Sweeney we’re so tight. He always speaks the truth to me and I always speak the truth to him. We’ve done this in the past, just this time it was caught on national TV.

“But me and Sweeney we’re OK, that’s what we do — we fight, we argue, but at the end of the day, we both want to win. I don’t think there’s anybody from this team who wants to win more than Sweeney and me and coach (Jason) Kidd, of course.”

Sweeney joined the Bucks in 2014 when Kidd was hired as head coach. Since then, he and Antetokounmpo have been virtually joined at the hip. Sweeney guides Antetokounmpo through film study, goes with him to practice at any hour of the day and pushes Milwaukee’s young star every chance he gets.