Giannis Antetokounmpo Responds to ‘Most Unstoppable’ Boast from Joel Embiid 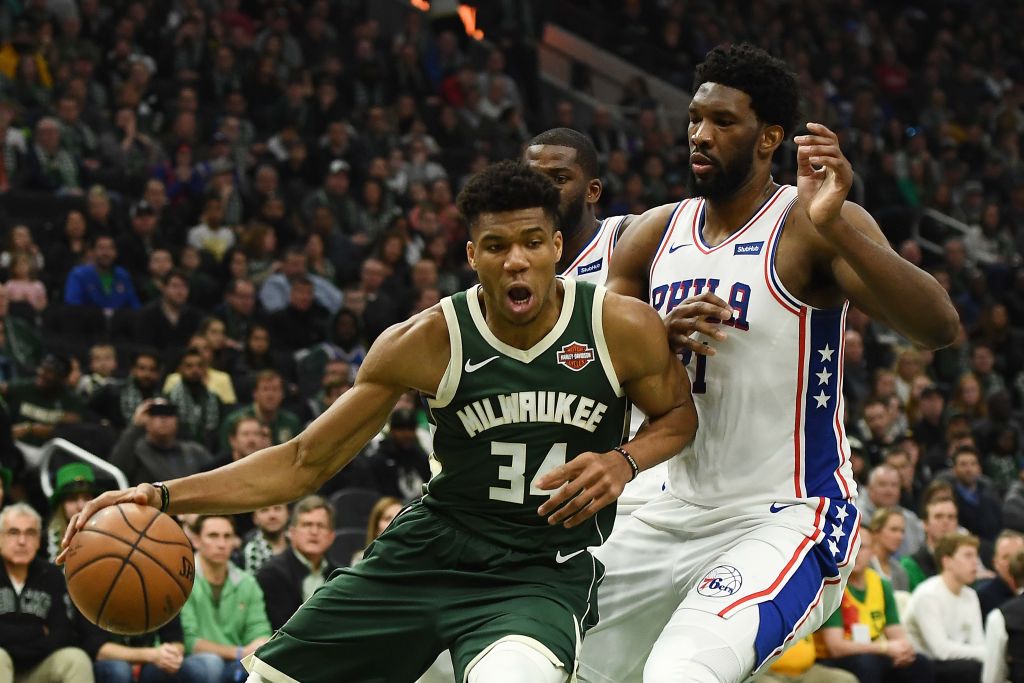 If Joel Embiid truly believes he’s the NBA’s most unstoppable force, “that’s good for him,” according to Giannis Antetokounmpo.

The Greek Freak says those types of boasts should be left up to others.

Antetokounmpo and Embiid had an epic St. Patrick’s Day duel, and will do battle once again Thursday night.

In that St. Patrick’s Day game, Antetokounmpo put up a career-high 52 points and 16 rebounds while Embiid racked up 40 points and 15 rebounds. Three days after that, following a win against the Boston Celtics, Embiid called himself “the most unstoppable player in the league.”

Asked how he felt about that, Antetokounmpo, an MVP favorite who is scoring more at the rim than any player since Shaquille O’Neal, offered this response Wednesday:

“If he believes he’s the most unstoppable player in the NBA that’s good for him,” Antetokounmpo said. “Obviously, he’s a really, really good player. … He’s a hard player to guard. I think, like, other people should say that about you; you don’t say that about yourself.”

Related Giannis Antetokounmpo: ‘I’d Rather Have Ben [Simmons] Guard Me Than Joel [Embiid]’