Giannis Antetokounmpo: ‘Scary How Good’ Bucks Can Be 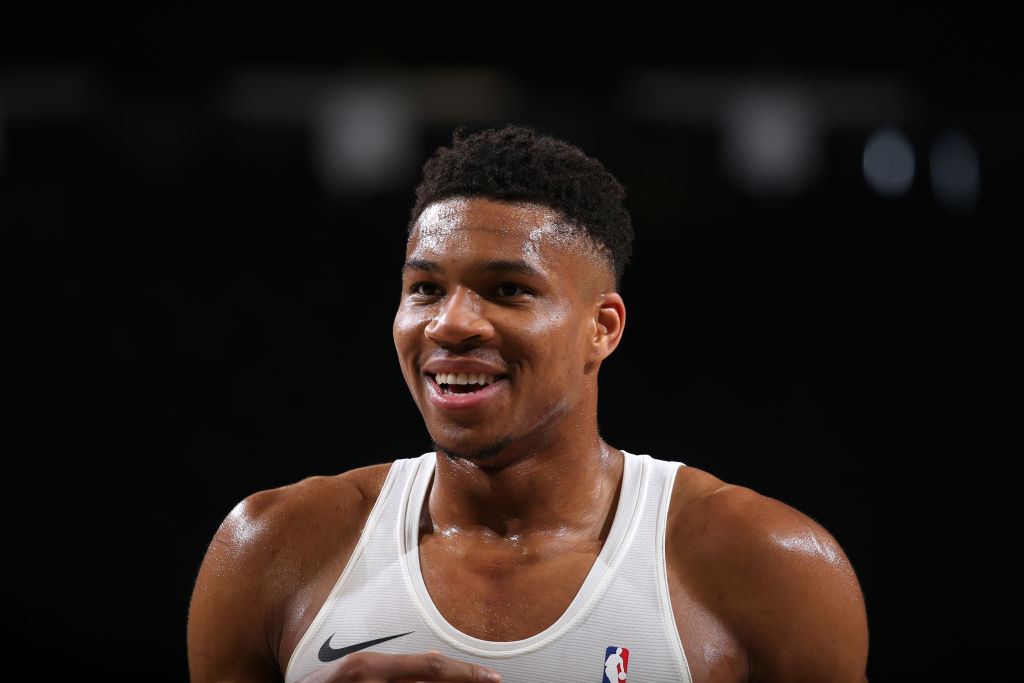 The Bucks can be “scary” good this season, according to Giannis Antetokounmpo.

The NBA’s reigning MVP is thrilled with the habits Milwaukee built while enjoying their first undefeated preseason since 1997.

The Greek Freak has added motivation having wrongly assumed he’d be playing in last summer’s NBA Finals after his squad took a 2-0 series lead against the eventual champion Toronto Raptors.

“Just the habits that we built these five games, I think defensively the way we played, we were really active as a team covering for one another, but going 5-0 doesn’t mean nothing,” said Antetokounmpo, who finished with 26 points, 14 rebounds and 3 blocks. “It doesn’t count.

“As we move forward, it gets harder and harder, and hopefully in these five games we built good habits that can carry over into the regular season.”

Antetokounmpo, the NBA’s reigning MVP, averaged 27.7 points, 12.5 rebounds and 5.9 assists per game with 61.2% shooting in the preseason.

“As I move on into the regular season, usually I get better,” Antetokounmpo said. “I learn how guys guard me, I learn how my teammates want the ball and it gets easier. Obviously, you get mentally and physically tired, but it gets way better. I feel real good.”