Giannis Antetokounmpo: ‘The [MVP] Trophy’s in My House’ 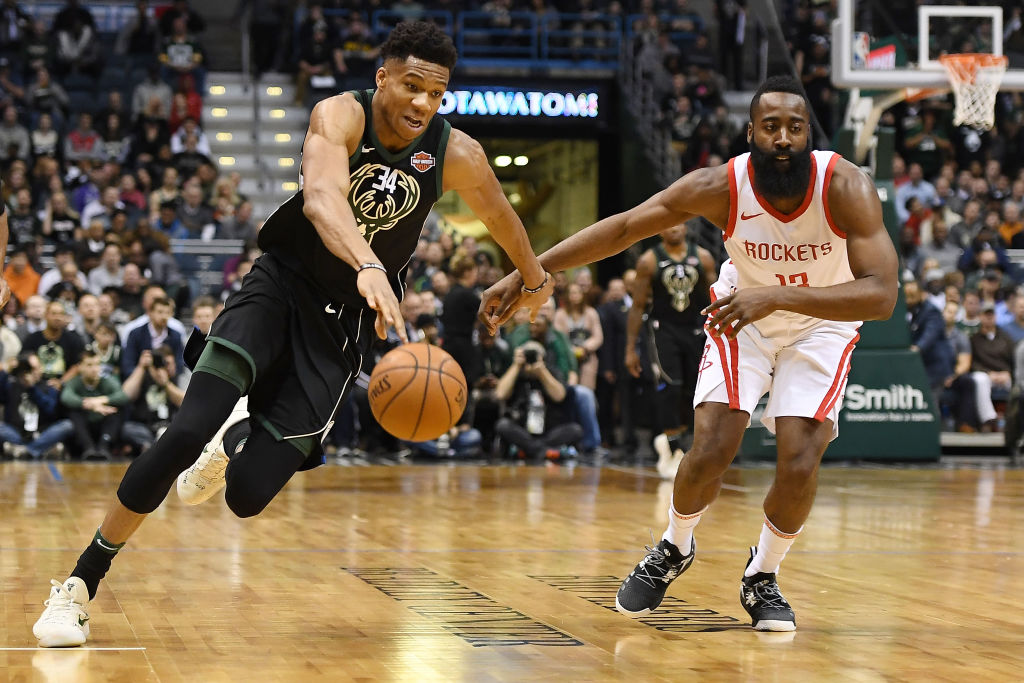 “The trophy’s in my house,” Antetokounmpo says defiantly, adding that he would never declare himself better than MVP runner-up James Harden.

But it doesn’t mean he’ll relinquish the award or apologize for it. “The trophy’s in my house,” he said.

He played tentative at times and didn’t have a dependable counter. Still, he averaged 22.7 points, 13.5 rebounds, 5.5 assists and 2.7 rebounds in the series.

“When you get to that moment, maybe I wasn’t ready,” he admitted. “Maybe my game wasn’t ready. But that’s OK. As long as you learn from it.”

He was amazed at Leonard’s control of the game, control of his body and grasp of the moment.

“I learned a lot from him,” Antetokounmpo said. “He knocked down free throws. He was calm. When double-teams came, he was swinging the ball but getting it right back. He was aggressive. He was calm but he was on a mission.”

Related Giannis Antetokounmpo: ‘Scary How Good’ Bucks Can Be