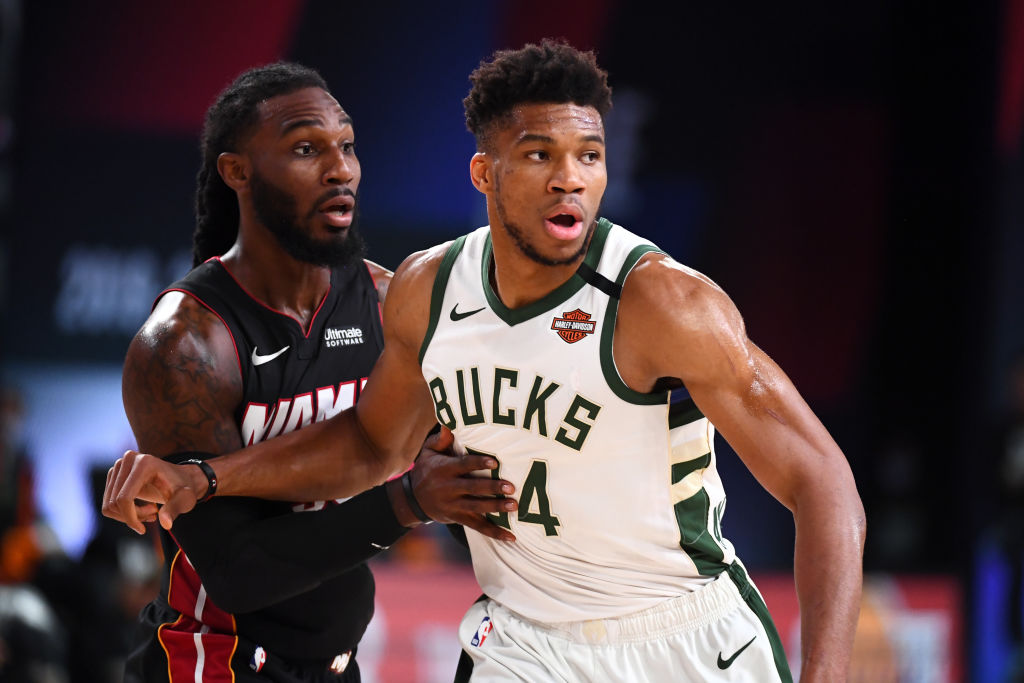 Update #1, 4:44 PM EST: Giannis Antetokounmpo is now considered out for the remainder of Game 4, per Shams Charania of The Athletic.

The Milwaukee Bucks are without Giannis Antetokounmpo in the second quarter of their Game 4 matchup with the Miami Heat after the superstar tweaked his already sprained right ankle and let out an audible scream.

Antetokounmpo stayed in the game to shoot free throws after the injury, securing the opportunity to remain in the game. Had he failed to do so, he would have been ineligible to return.

Antetokounmpo initially sprained the ankle in the first quarter of Game 3 but he ended up playing the rest of that contest, 35 minutes in total, and said that he felt fine after.

So long as he’s able to make it back to the court without jeopardizing his long-term health, it’s possible we see Antetokounmpo back playing before the end of the game. Down 0-3 in their series, they may not have any other choice.

Antetokounmpo re-aggravated the sprain on a driving attempt down the center of the lane. When planting his right foot, he landed on an angle on the foot of Andre Iguodala.