‘Give Him the Ball’: Nets Entrusting Kyrie Irving With Their Offense 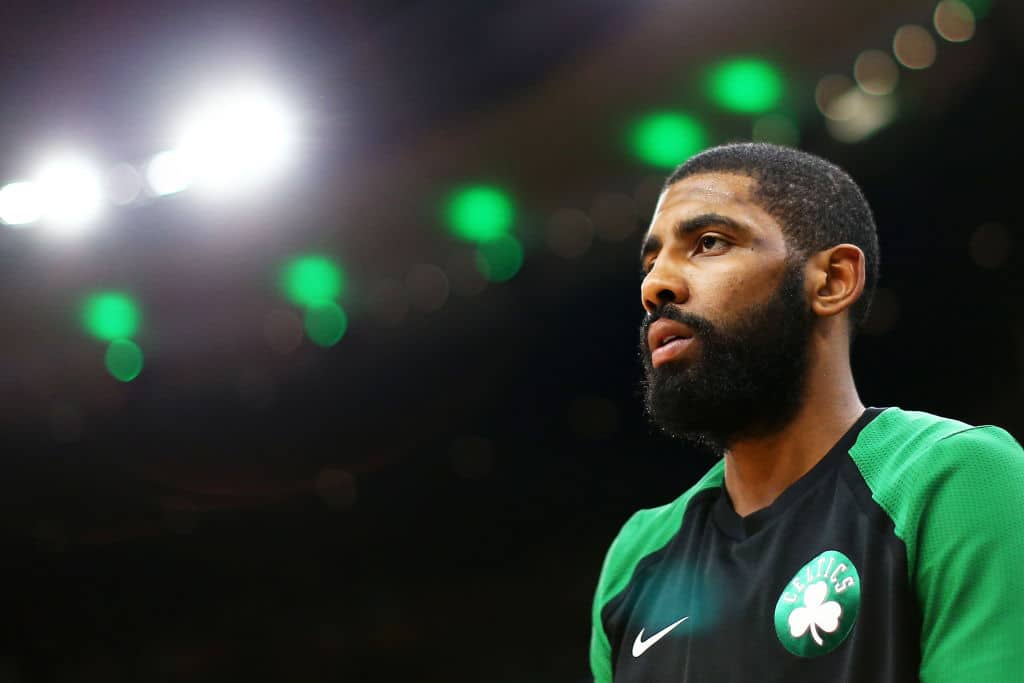 Brooklyn Nets head coach Kenny Atkinson is “starting” do his homework on free agent acquisition Kyrie Irving, but one thing is certain: the All-Star point guard will dictate the team’s offensive attack.

Atkinson says his hope is for Irving to “have his best season ever.”

Kyrie will have to carry the largest burden in BK with Kevin Durant out perhaps all of next season recovering from surgery to repair a ruptured Achilles tendon.

“Give him the ball,” Atkinson said.

Otherwise, Atkinson is not prepared to outline a game plan. He has an established system – one that emphasizes the point guard with pick-and-roll opportunities – and he believes that will largely continue with Irving.

“I’m definitely starting to do my homework on him. It’s still recent,” the coach said. “I think the challenge is to get the best Kyrie. I want him to have his best season ever and continue that improvement and that’s tough because he played well last year. I know there’s a lot of talk out there, but you look at his numbers and I think the way he played really well. Definitely going to challenge him to keep improving. We play a system I don’t imagine changing a ton.

“You’ll have to ask him, but I think that’s part of the reason he was interested in coming here our style of play. I think we’ll come to a meeting of minds between me and him and how that works within the group.”

Related Kyrie Irving: ‘I’m Happy to Be in Brooklyn’