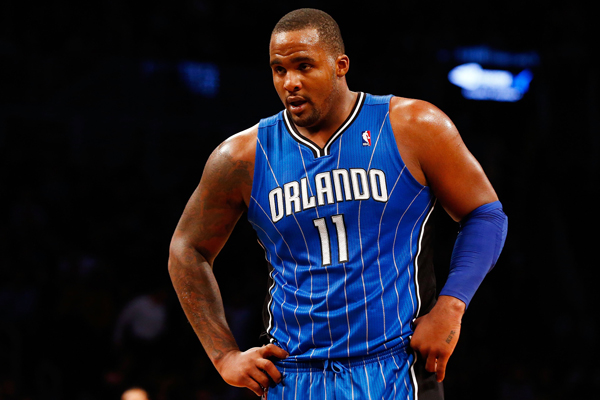 The tumultuous Glen Davis Era in Orlando is over. “Big Baby”, 28, has reached a contract buyout agreement with franchise that traded for him in December 2011.

Unable to move the big fella prior to Thursday’s trade deadline, the Magic decided to cut Davis loose.

“It became apparent that they felt it was necessary to try to allow their younger players more time on the court and were in a full rebuild mode,” said Davis’ agent, John Hamilton.

Glen Davis is owed $6.4 million this season, and was under contract with Orlando for $6.6 million next year. “Big Baby” no longer fit within the team’s long-term vision. Assuming he clears waivers, Glen Davis becomes an unrestricted free agent Monday.

According to Yahoo!, Davis’ former coach Doc Rivers and the LA Clippers are the front-runners to land the big man, but the Brooklyn Nets, Miami Heat, San Antonio Spurs and Golden State Warriors are all reportedly interested.

Davis averaged 11.6 points and 6.1 rebounds in 140 regular season games with the Orlando Magic.