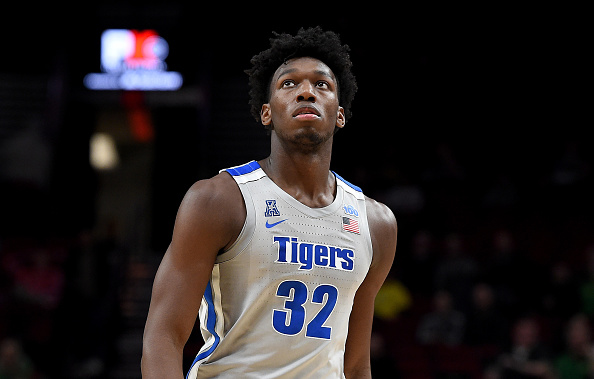 The rich will get richer after the 2020 NBA Draft.

With Stephen Curry injured for the majority of the 2019-20 season, Klay Thompson missing the entire 2019-20 season and Kevin Durant leaving in free agency the offseason before, the Golden State Warriors watched as the losses piled up in ways that they hadn’t in years. By the end of the season, the Warriors had the worst record in the NBA even after trading for former first overall pick Andrew Wiggins.

Now, Golden State has the second overall pick in the upcoming NBA Draft and the Splash Brothers are set to return to the court in 2020-21. The 2020 NBA Championship felt like a free-for-all without the Warriors in contention but the Dubs are in prime position to strike fear into the hearts of teams all around the league once again.

Although the Warriors have one of the league’s most talented cores with Curry, Thompson, Wiggins and Draymond Green, they’ve shown that they’re not afraid to accumulate as much talent on the roster as possible. So, while many are concerned about how the player selected with the second overall will fit, taking the best player available may be the best available option.

That said, it’s fair to wonder what the best fit for Golden State’s quarter should be: a center, a forward or a guard.

If parallels were to be made between this current iteration of the Warriors and the Golden State’s rosters from the past five seasons, Wiggins would be their current version of Harrison Barnes or Kevin Durant. Therefore, what the Dubs are really missing is their glue piece — their Andre Iguodala.

With their late second round picks, not much will be expected in terms of production but they need depth at center. If Golden State can find a diamond in the rough, much like they did when they selected Green with the 35th overall pick in the 2012 NBA Draft, all the better.