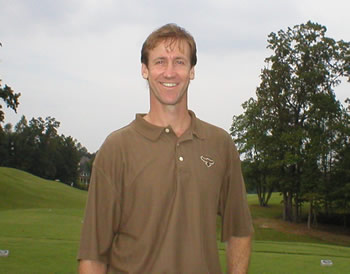 There are people we will never be able to remove from our lives, those who, for whatever reason, will always be connected with us.

That Hawks team had some talent (Shareef Abdur-Rahim, Jason Terry, Glenn Robinson, Theo Ratliff, Nazr Mohammed), but Stotts fared no better than Kruger. One year later, the Hawks added Stephen Jackson and Boris Diaw, and they turned out to make things even worse. There was no system, no cohesion, no interest.

As the ’03-04 season wound down, the Hawks looked to be challenging for a bottom slot, which would have put them in the running for the top pick in the Draft, a.k.a. local boy Dwight Howard. If a team is ever going to tank games, that’s the time, right? Particularly when you know the team’s going to be dismantled over the summer anyway?

But Terry Stotts decided to throw caution to the wind and go all out to win games. He started playing Bobby Sura 40+ minutes a night, and Sura started posting triple-doubles. Bench that man! The Hawks finished the season by going 8-10, knocking themselves out of the Dwight Howard derby. Hope those extra wins were worth adding to your resume, coach. Personally, I’d rather be known as the man who brought Dwight Howard to town than the guy who kept him from coming. But maybe that’s just me.

Stotts quietly left Atlanta that summer and moved out West, where he spent a year as an assistant with the Warriors. The Bucks brought him back to Milwaukee a season ago, and he managed to squeak the team into the Playoffs last season. This season, in our season preview, I wrote:

The career coaching record of Mr. Terry Stotts is a rollicking 92-137, so nobody’s expecting a lot from the Bucks, least of all me. After a fast start last season, the Bucks settled down and snuck into the Playoffs as the last seed. This year they’ve jettisoned TJ Ford in favor of Charlie Villanueva, who will sink jumpers and help create room for Andrew Bogut on the interior, and moved the gloomy Jamaal Magloire to Portland in exchange for jittery pg Steve Blake. Michael Redd will continue to do his otherwordly perimeter thing, but these Bucks still lack the tools to do much damage in the Eastern Conference’s toughest division.

Well, today the Bucks decided to cut bait. Terry Stotts is dunzo, the owner of a 115-168 career record. He’ll probably end up with an assistant gig again, as he seems well-suited to work in that field.

So he’s got that going for him.