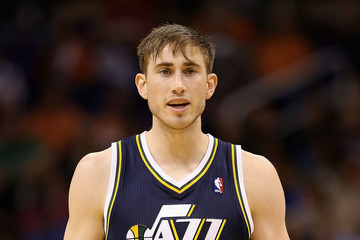 Charlotte Hornets team owner Michael Jordan wasn’t kidding when he said that he intended to ink another star to compliment Al Jefferson.

Gordon Hayward, the gifted small forward from the Utah Jazz, wants to be a Charlotte Hornet.

Hayward will sign an offer sheet with the Hornets Thursday, once the NBA moratorium ends. Hayward is expected to sign a maximum deal, which would guarantee him $63 million over four years.

Reportedly, a player option for the fourth year of the deal and a 15 percent trade kicker are expected to be included in the offer sheet.

According to reports, the Utah Jazz are expected to match and retain Gordon Hayward.

Jazz prepared for possibility of max sheet for Hayward and remain unwavering about revelation it's coming: They plan to match and keep him.