Gordon Hayward: ‘I Don’t Feel Comfortable on the Floor Yet’ 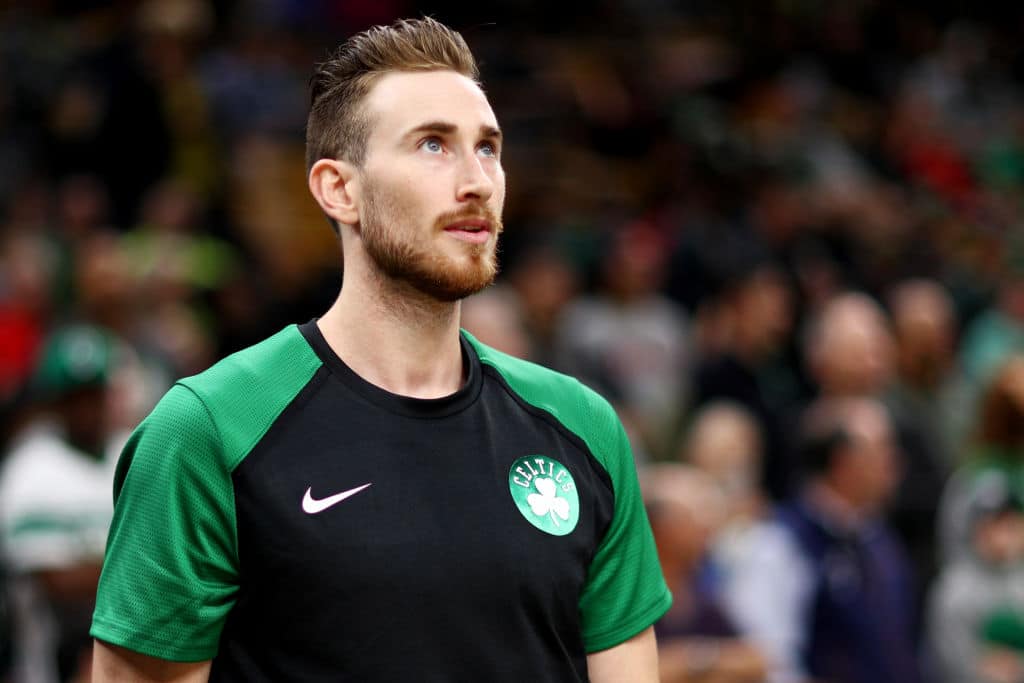 Gordon Hayward has yet to feel comfortable on the court since making his return from a horrific leg injury that caused him to miss all of last season.

Hayward has been rusty so far in the preseason, shooting just 5-of-20 from the floor and getting whistled for eight fouls in 59 minutes for the Boston Celtics.

"What I'm going through now is what I wanted to do in the summer, but it didn't work out that way." — Gordon Hayward on the state of his game, his mind, and his leg. https://t.co/9Fv7SOs9kA

The 28-year-old, however, says he feels “pretty good” physically.

“Physically, I feel pretty good,” Hayward says. “But I don’t feel comfortable on the floor yet. It’s one thing to be physically able to do everything. It’s another to be a basketball player — the timing and the rhythms. When you’ve been playing a long time, you just know. But not after you take a huge break, and come back to a new system. The second surgery was such a setback. I was really looking forward to playing 5-on-5 the whole summer. What I’m going through now is what I wanted to do in the summer, but it didn’t work out that way.”

Hayward is feeling it all out. He has no doubt he and the team will get there. He just imagines an alternative timeline in which the feeling-out process was further along.

“I wish this could have all happened in the summer,” he says. “But I’m working through it now.”