Gordon Hayward is ‘Back to No Restrictions’ 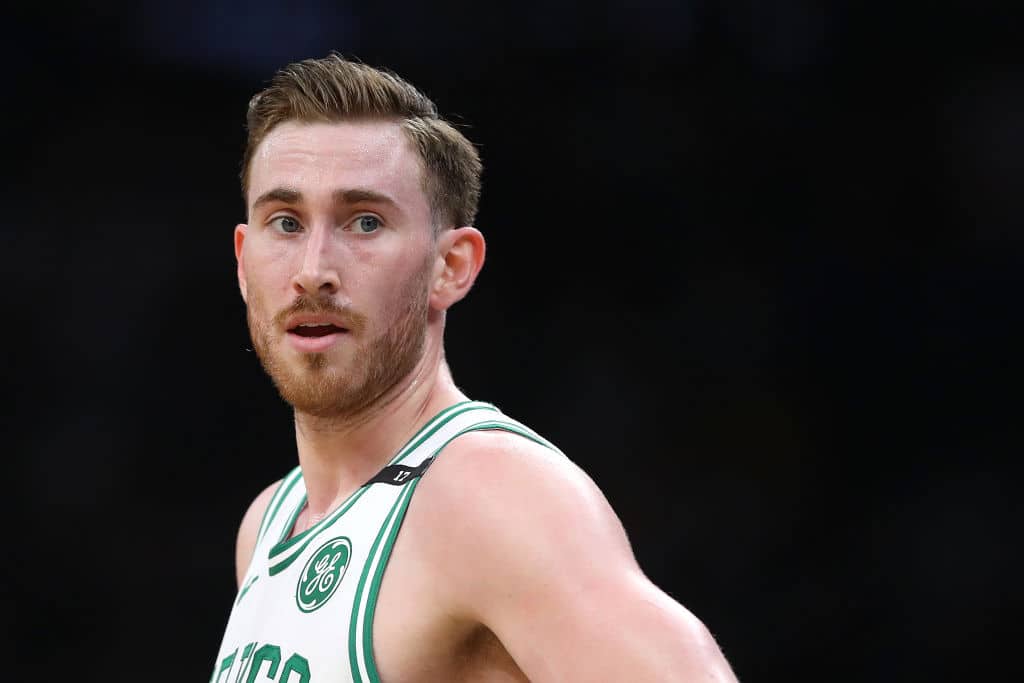 Gordon Hayward has enjoyed a “great summer,” largely due to the fact that he’s been able to train with “no restrictions.”

Hayward, 29, was a shell of his former self last season as he recovered from left ankle surgery.

The former All-Star says his offseason work has given him a much-needed confidence boost.

Per WEEI and Masslive:

“It was just important for me to stay here and work with the staff,” he said at a Home Court Makeover Program event in Burlington. “They know exactly where I was at, at the end of the season and I wanted to build off of that.

Hayward chose to stay in Boston rather than train somewhere else like his offseason home in San Diego.

“(I) got a chance to enjoy the beautiful facility we have and really utilize all of it and work with the staff and it’s been a great summer,” Hayward said. “It was just important for me to stay here and work with the staff. They kind of knew exactly where I was at after the season and I wanted to build off of that and also work with the coaches and get ready for the upcoming year.”

Related Gordon Hayward: ‘I Don’t Feel Comfortable on the Floor Yet’