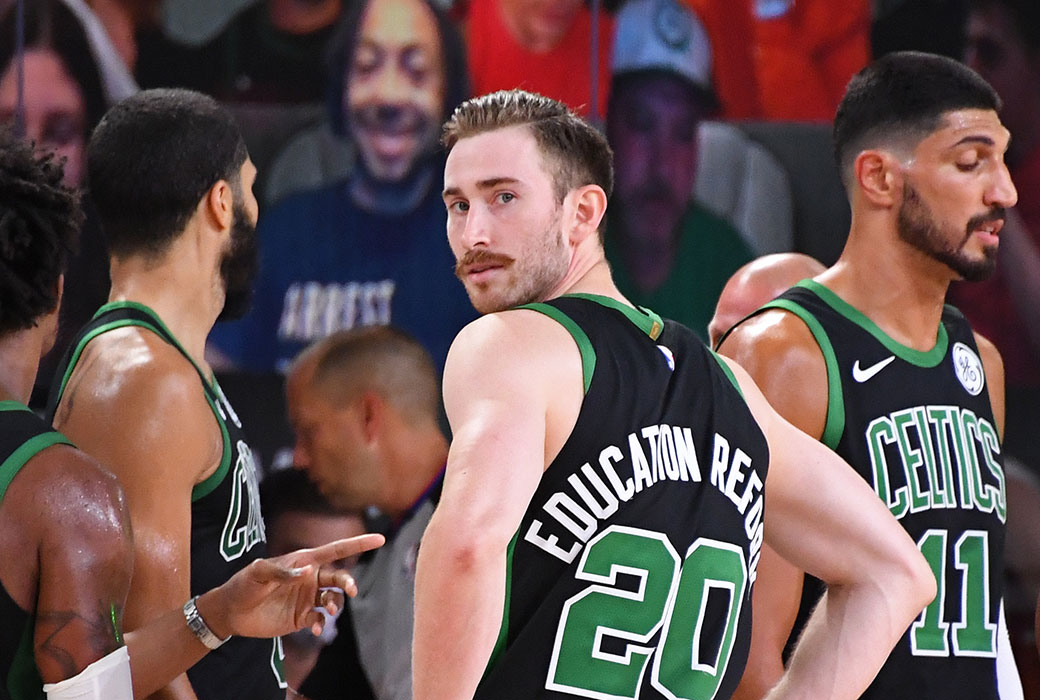 Gordon Hayward is one of the most skilled, versatile and intelligent players in the NBA. Unfortunately, he’s been one of the most unlucky players in recent years as well, having to recover from multiple injuries since joining the Celtics in 2017.

Still, Hayward made a strong contribution for a stacked Boston squad last season, averaging 17.5 points, 6.7 rebounds and 4.1 assists on 59.5 TS%.

Hayward, 30, is set to make $34.2 million next season on the final year of his contract, making him a possible trade candidate. According to SNY’s Ian Begley, “some within the [Indiana] Pacers organization continue to have interest in trading for” the veteran forward.

An Indiana native, Hayward led the Butler Bulldogs to the NCAA National Championship game in 2010.