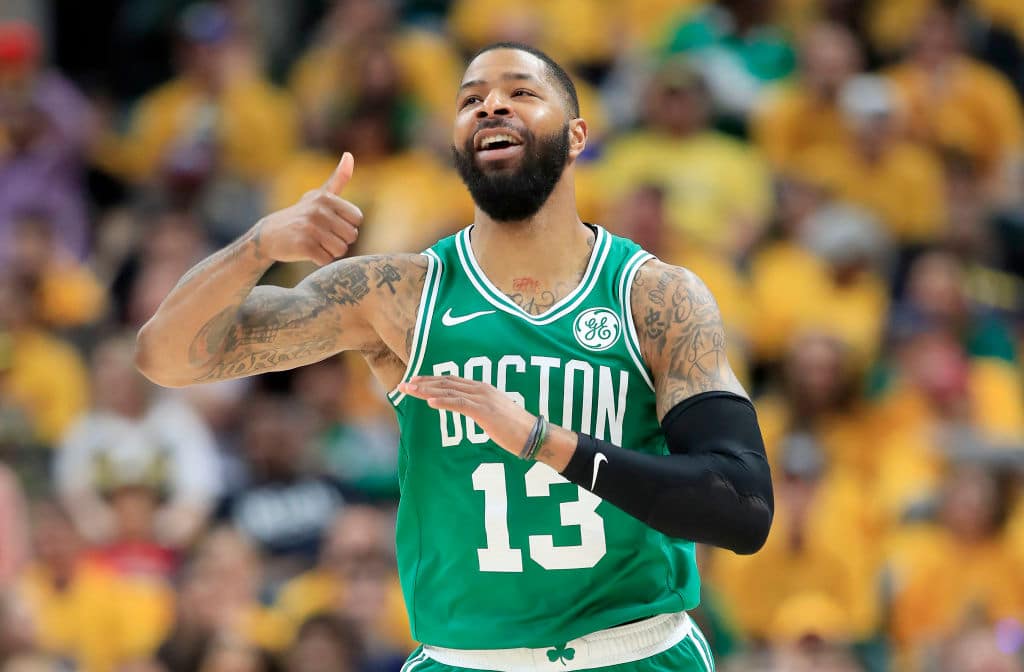 The Spurs had planned on signing Marcus Morris this summer, agreeing to a two-year deal worth the Mid-Level Exception with the forward. However, Morris got cold feet, opting to take a contract with the Knicks. Coach Gregg Popovich admitted he was frustrated with the situation, adding that it was handled “unprofessionally,” as Jabari Young of The Athletic relays.

“It was more than difficult to lose (Davis Bertans),” Popovich said (h/t Luke Adams of Hoops Rumors). “Let’s just say that that was an unfortunate situation that was handled unprofessionally on a couple of different levels. We made that move (trading Bertans) to make the signing that we did, and we got blindsided. Davis was a special player, as we all know. He was young and getting better and better, so we hated losing him.”

San Antonio had initially earmarked its MLE for DeMarre Carroll. Upon agreeing to terms with Morris, the team needed to turn the Carroll signing into a sign-and-trade and the team made it a three-way deal that sent Bertans to the Wizards. Once Morris decided to go in a different direction, the club was already committed to the Bertans trade and there weren’t as many options on the free-agent market to slot into the team’s exception. San Antonio inked Trey Lyles with part of the MLE shortly after the fiasco.