Popovich: LaMarcus ‘Has Been A Monster’ And ‘Plays Through Everything’ 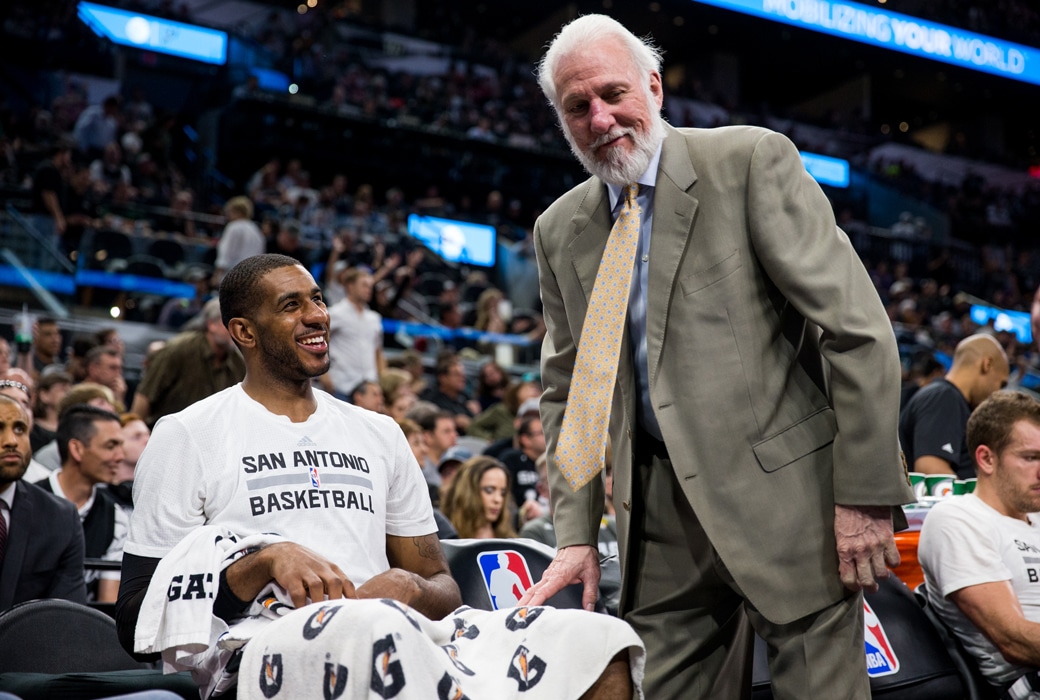 LaMarcus Aldridge put in work on Monday night, dropping 34 points and 12 rebounds in the Spurs 116-101 loss to the Warriors at Oracle.

Afterwards, coach Gregg Popovich had high praise for his All-Star big man, calling him a “monster” who has played through adversity all season long:

“LaMarcus has been a monster all year long. He’s led our team on both ends of the floor. He doesn’t complain about a darn thing out on the court. He plays through everything. I can’t imagine being more proud of a player as far as playing through adversity and being there for his teammates night after night after night. He’s been fantastic.”

With Kawhi Leonard appearing in just nine games in 2017-18 due to injury, Aldridge has been the leader of this San Antonio squad.

The Spurs trail the Warriors 0-2 in their first round playoff series. Game 3 is Thursday at AT&T Center.