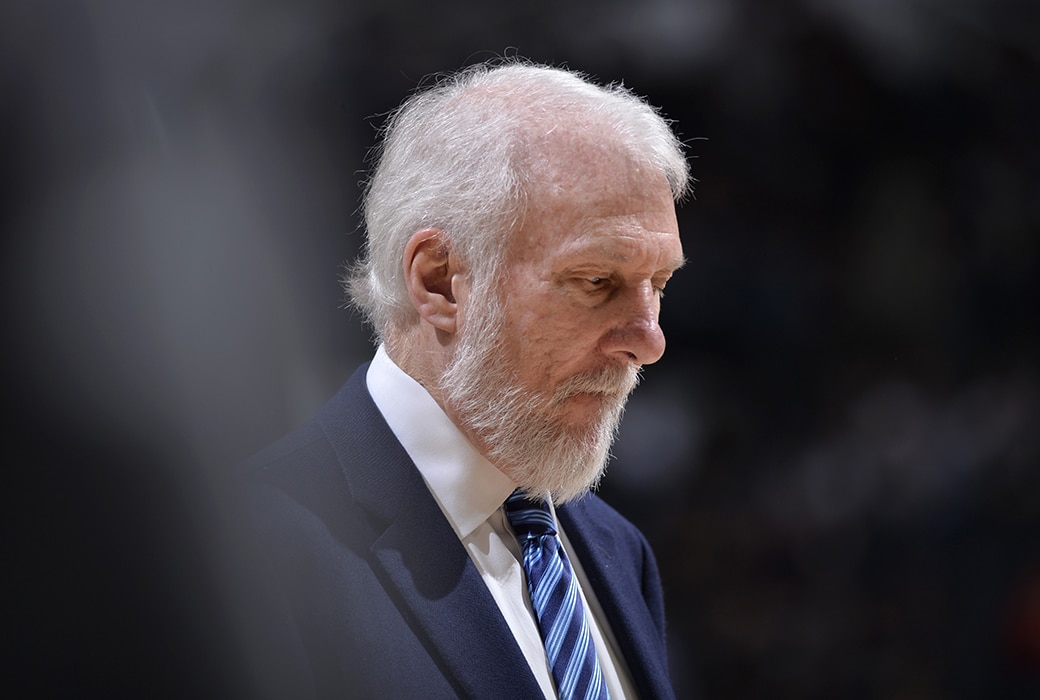 Gregg Popovich isn’t happy with the current state of the nation’s politics. He has consistently voiced his negative opinions of Donald Trump. He is, however, pleased to see this weekend’s #MarchForOurLives. Thousands of people went out to protest the multiple mass shootings that have occurred recently. Pop, in a media scrum today, shared why he thinks it’s important for the nation’s youth to continue to take action:

During his pregame availability today, Spurs coach Gregg Popovich was asked for his thoughts on yesterday's #MarchForOurLives in Washington, D.C. Here is his full, three-minute response: pic.twitter.com/znQ16s169Q

Pop continues to go after Trump, saying that his decision not to be in Washington DC this weekend is “cowardice” and a “dereliction of duty.” Pop served five years in the Air Force when he was younger.