Gregg Popovich: Kawhi Leonard to Play When ‘He and His Group Feel He’s Ready’ 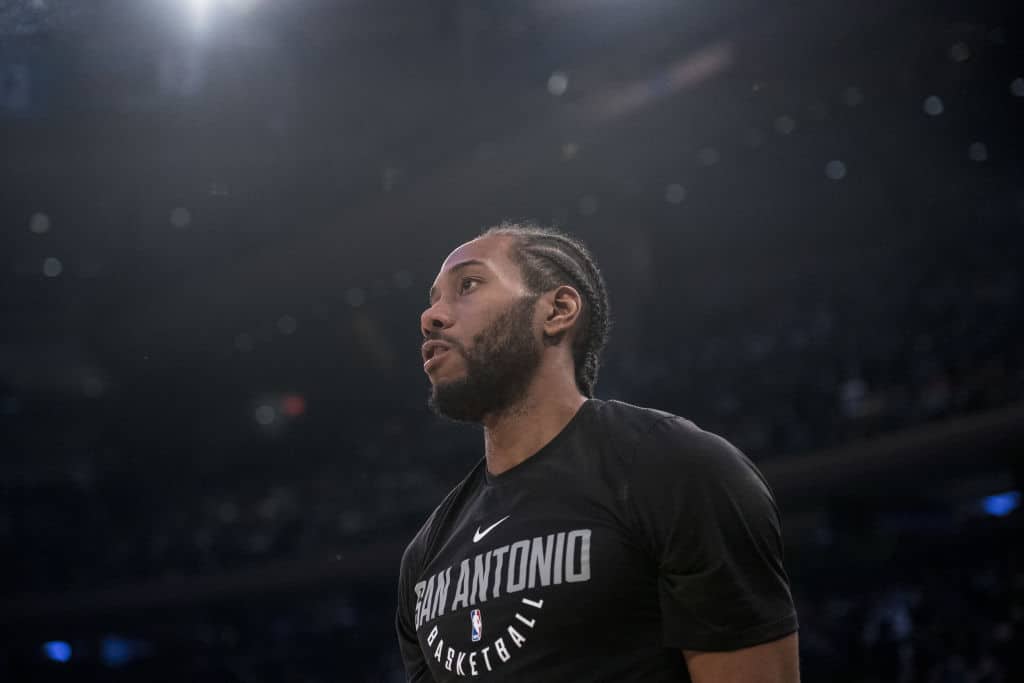 Kawhi Leonard is back in New York for more rehab work, and Spurs head coach Gregg Popovich says the two-time NBA All-Star will return to the lineup “when he and his group feel he’s ready.”

Pop told reporters that he’s in the dark when it comes to Leonard’s medical situation—San Antonio’s doctors have given him the green light to play again.

Kawhi has missed all but nine games this season while recovering from right quadriceps tendinopathy.

Per Express-News and AP:

Leonard is still hoping to return to the Spurs during the regular season, although they only have five games remaining following Sunday’s matchup.

“He’s trying to get well,” Popovich said. “Of course that’s the purpose (of his stay in New York), to get well, that’s what he’s doing. That’s what rehab is. He’s up there going to Broadway shows and everything?”