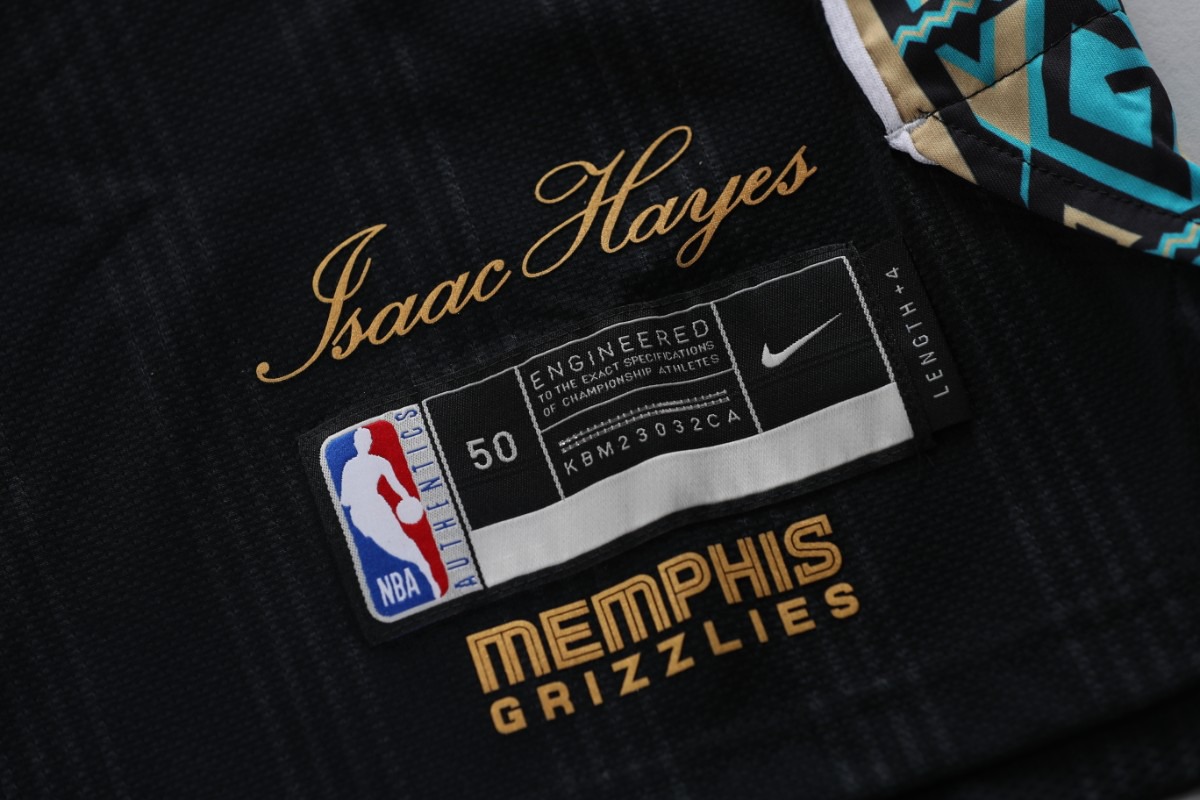 With the 2020-21 NBA season right around the corner, the last few teams are starting to drop their new City Edition uniforms. Earlier this week, the Memphis Grizzlies unveiled their new threads for the upcoming season.

According to the official release, the uniforms will feature gold detailing, with asymmetrical style and serving as a tribute to the sounds and artists that defined the deep-rooted heart and soul of Memphis music.

The black background and vertical stripes represent the grooves in the vinyl that Stax Records produced. The gold and turquoise accents on the uniform are pulled from Memphis singer/songwriter Isaac Hayes’ 1972 Cadillac El Dorado.

The “MG” pattern seen throughout the uniform is inspired by African Kente cloth, representing Hayes’ flair for fashion and voice for social activism, while his name is also emblemized just above the jersey tag to represent the mark he left on the design, in Memphis and on the music industry.

For additional insight into the meaning behind the uniforms as well as a more detailed look, check out the uniform landing page.