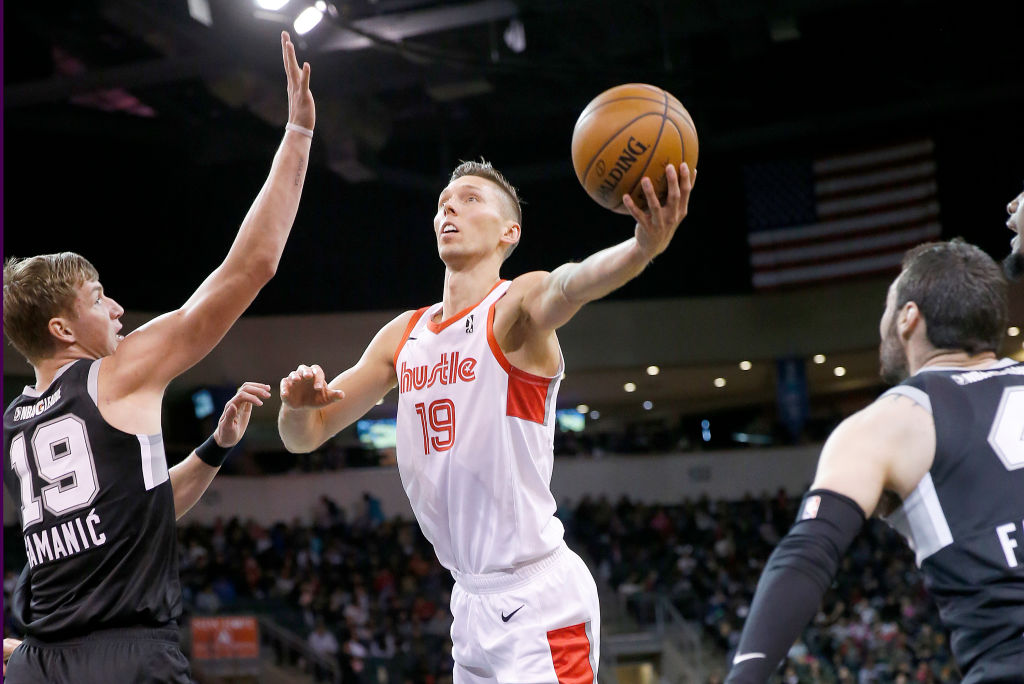 The Memphis Grizzlies will reportedly ink big man Jarrod Uthoff to a 10-day contract Shams Charania of The Athletic reports. Memphis will need to clear a roster spot for Uthoff, or wait to sign him after Dusty Hannahs’ 10-day contract expires on March 2.

Uthoff has previously played in the NBA, as he was with the Dallas Mavericks during the 2016-17 season. Uthoff signed a pair of 10-day deals with Dallas, before signing for the remainder of the season in late-March 2017. Over the course of nine appearances, Uthoff averaged 4.4 points and 2.4 rebounds in just under 13 minutes per game.

Uthoff will be the second call-up, joining Hannahs, from the Memphis Hustle, the Grizzlies G League affiliate. Memphis has made good use of the Hustle, since founding the team in time for the 207-18 season, with development of their younger players and call-ups. This season, the Hustle are atop the Western Conference with a record of 26-11.

The 6-foot-9 Uthoff has been a big part of the Hustle’s success. He’s averaged 18.9 points and 10.7 rebounds in 34 games, all starts. Uthoff has extended his range since his original NBA call-up and is hitting 36.7% from downtown on 5.5 attempts per game.

The Grizzlies are adding additional depth to their frontcourt, as they’re currently without Jaren Jackson Jr., Brandon Clarke and Justise Winslow. In addition, Memphis is without guard Grayson Allen.