The Miami rapper talks about the Heat, what LeBron James will do next and more. 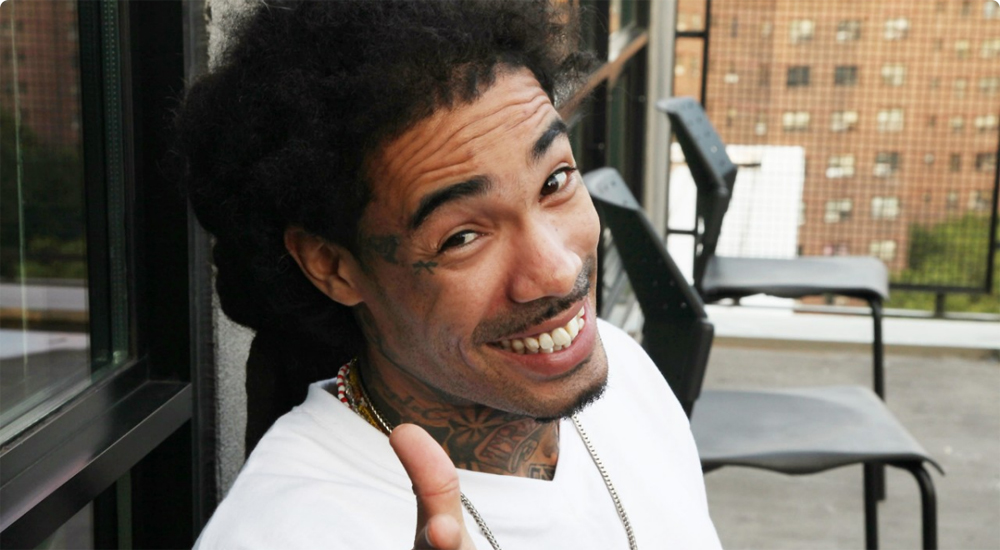 LeBron James’ future seems to concern every basketball fan on the planet, but no demographic is more focused on what the four-time NBA MVP does next than Miami residents, who have no idea if their hometown team will continue raking in Finals appearances or if their favorite squad will soon be headed back to mediocrity. So when we heard 305-repping rapper Gunplay hanging with our friends down the hall at XXL a few weeks ago, we knew we had to pull him aside to get his thoughts on whether James will return to the M-I-A or if he’s headed elsewhere. And we learned a little about Gunplay’s personal hoops history while we were at it.

SLAM: Did you play ball growing up?

Gunplay: Yeah, I used to play in high school, but my grades were so good, they were like, Pssh, you should just do rap [laughs]. I used to watch football, baseball, basketball, but I kinda lost touch with it after I couldn’t really be involved in it anymore. Then my favorite player or whoever I was following, I would wake up one morning and he’s on another team and everything just started flipping around. I just got sidetracked with rap, but I still got love for it. I’ll still go out there and ball you out, though. Word up.

SLAM: Are you a Heat fan?

G: Yeah, big Heat fan. They got that boy LeBron over there, making a movie. You know, I grew up in the era of Michael Jordan, so watching LeBron play now, it’s like watching Jordan on steroids. I don’t think there’s anybody in the League that’s fucking with that boy. I don’t really see it. Defense, offense, everything. I grew up watching Jordan, Isiah Thomas, Magic Johnson, and the way LeBron plays now, it’s like all of them in one. It’s crazy.

SLAM: When LeBron decided to join the Heat back in 2010, did it feel like it meant something special to Miami?

G: They welcomed him with open arms. They knew what was gonna happen after that. The first year they didn’t win the Championship—they had a little setback—but they got it right.

G: I think Miami loves him—I don’t think it’s enough love for him to stay, though. I wouldn’t be mad at him if he left. It’s business. I would just hope that they’ll do what they can to keep him there, ‘cause ultimately Miami wins financially with him there, you know what I mean?

SLAM: If you had a chance to sit down with him and convince him to stay, what would you say?

G: I’d probably threaten him [laughs]. I’d say, Listen, Miami niggas don’t play that, yo. You better … nah, I’m playing. Nah, I’d just say, Miami loves you, man. You brought the Championship home, and we really would love you to stay here, man. We’ve got bad bitches—what else you need? We’ve got beaches and bitches!

SLAM: Who else around the NBA do you enjoy watching?

G: Durant. Durant does his thing—he’s been doing his thing. Garnett, he still plays. I watched Garnett come up back in the day, so it’s like, he’s still a beast, though. Still! I like watching Garnett play. Who else? Kobe, too. He’s getting older, but he’s still a beast. He still pulls it out in the clutch. See, I’m old school. I liked Dumars, back in the day. Grant Hill was aight to me. Penny, Kemp. Especially MJ.

SLAM: There aren’t a lot of Miami-bred players in the League now, but there are a few. You’ve got Udonis Haslem…

G: Yep! UD, that’s my dog. We always see UD. You might see UD walking through the flea market, you know what I’m saying? We definitely embrace UD.

SLAM: You’ve been spotted at a few Heat games—do you have a good courtside ticket connect?

G: Nah, man, I need one! Y’all got the SLAM posters all over the place—y’all gotta hook me up! Damn! Maybe next season. Next season they’re probably gonna go for five bucks, because LeBron’s gonna leave, and I’m gonna be courtside watching a losing-ass team [laughs].