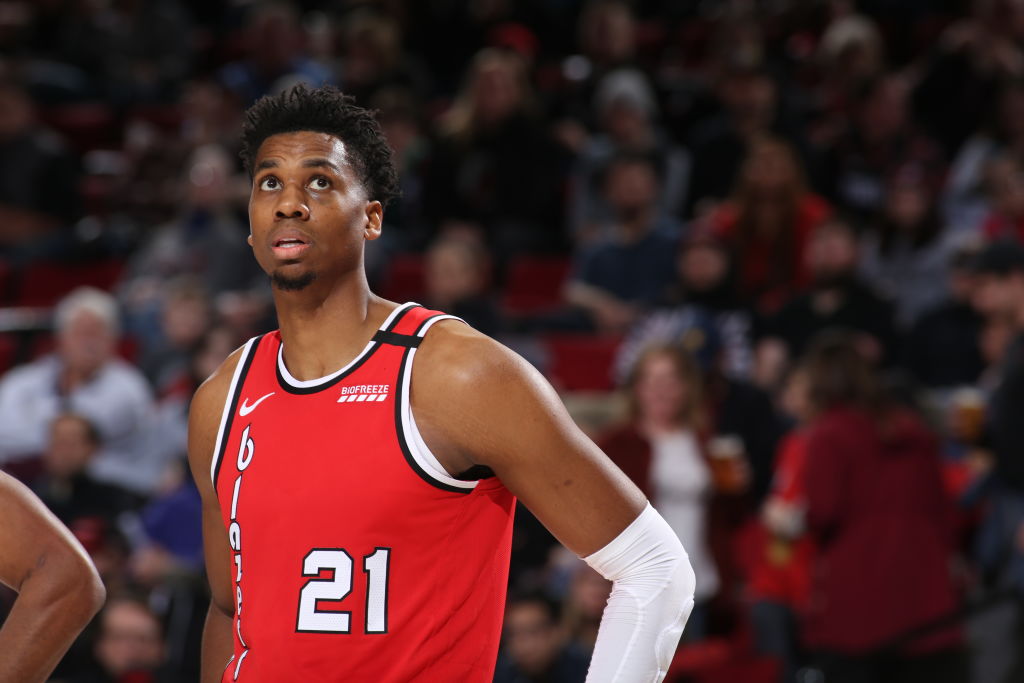 A big night had Portland Trail Blazers center Hassan Whiteside feeling particularly pleased with his defensive contributions and now he’s submitted his name for unofficial consideration for this year’s Defensive Player of the Year.

The 30-year-old collected 17 rebounds and added four blocks to go along with 16 points on Sunday in a victory over the Detroit Pistons.

In his first year with Portland, Whiteside has averaged a league-leading 3.1 blocks per game and 14.1 rebounds per game. The challenge is that those numbers are a part of the Blazers 27th-ranked defense.

Rim protection is still important in this era of a long-distance shooting.

The Trail Blazers have struggled due to their injuries but Whiteside has provided their only rim protection on most nights.

“The team doesn’t get the award,” he said. “It’s a player award. And as far as blocking shots, there isn’t anybody even close.”

In addition to the lack of team success, however, is the fact that despite the gaudy block and rebound numbers, his advanced stats simply don’t back up a DPOY campaign.

While defensive rating isn’t a “be all, end all” stat, especially for an individual, it does help with guidance. Whiteside’s DR of 106 is easily the worst of his career. It’s also the first time he’s had a DR of above 100 since he became a regular rotation player in the NBA.

With the Trail Blazers struggling to get to .500 on the season, and Whiteside’s stats simply not holding up upon deeper scrutiny, it’s unlikely he’ll be an actual candidate for Defensive Player of the Year.

But as Whiteside said postgame, “Let’s talk about it.”

It’s certainly worth some conversation.