Hassan Whiteside: ‘I Feel Like My Regular Self Again’ 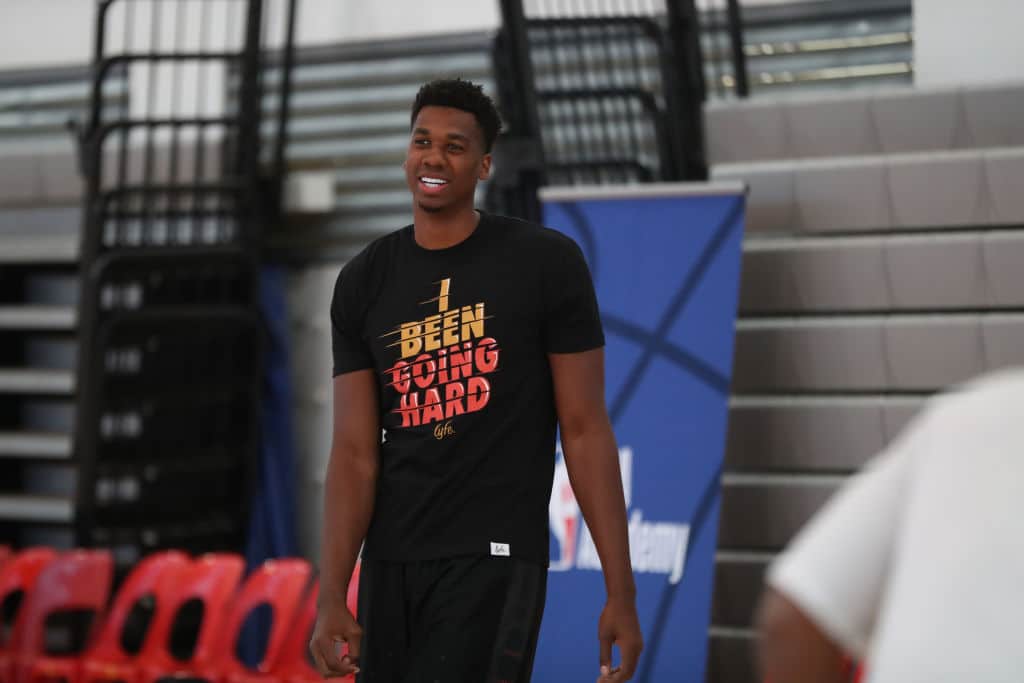 The big fella is coming off a frustrating 2017-18 campaign, one marred by a knee injury and inconsistent playing time.

Whiteside, 29, reports that he recently had a trust-building chat with team president Pat Riley and head coach Erik Spoelstra.

“I feel great,” Whiteside said, speaking on a conference call to promote an exhibition game in Africa. “I feel a lot better than I did during the season. I’m completely healed. I feel like my regular self again.”

Last week, Riley reconfirmed his trust in Whiteside, saying the organization still has confidence in him. The Heat have every intention of continuing forward with Whiteside, who is the team’s highest-paid player. He said he is confident his production and playing time will increase.

“We had a great talk,” Whiteside said. “I just think it’s trust on both sides. I think that’s the biggest thing … It was about a four-hour meeting. It was a lot about life. It was two hours basketball, two hours life. It was a good meeting.”