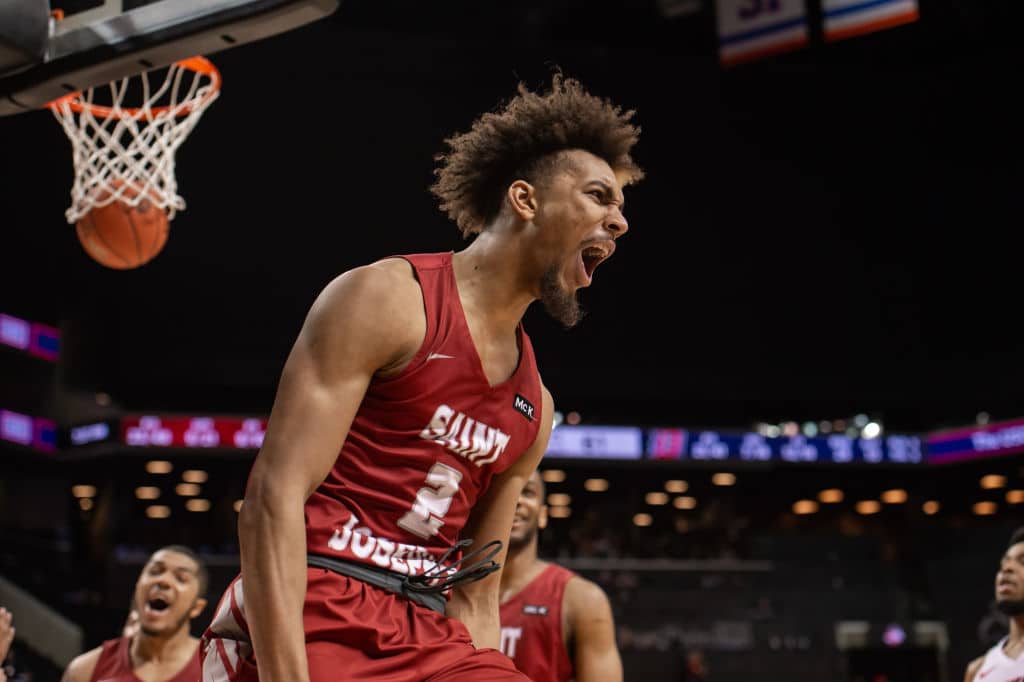 The Atlanta Hawks have agreed to a two-way contract with undrafted Saint Joseph’s guard Charlie Brown Jr., Michael Scotto of The Athletic reports. Brown Jr. declared for the 2019 NBA Draft as an underclassman.

In two seasons in the Atlantic 10 conference, Brown Jr. averaged 16.0 points and 5.6 rebounds per game. He’ll look to leverage his length and ability to knock down threes while suiting up for Atlanta’s G League affiliate in College Park.

Brown Jr. will be eligible to serve 45 days with the Hawks, with the rest of his time committed to the Skyhawks in their first season of action since relocating from Erie over the offseason.

Yes, Joseph will go from playing for the Saint Joseph’s Hawks to splitting time between the Atlanta Hawks and College Park Skyhawks.