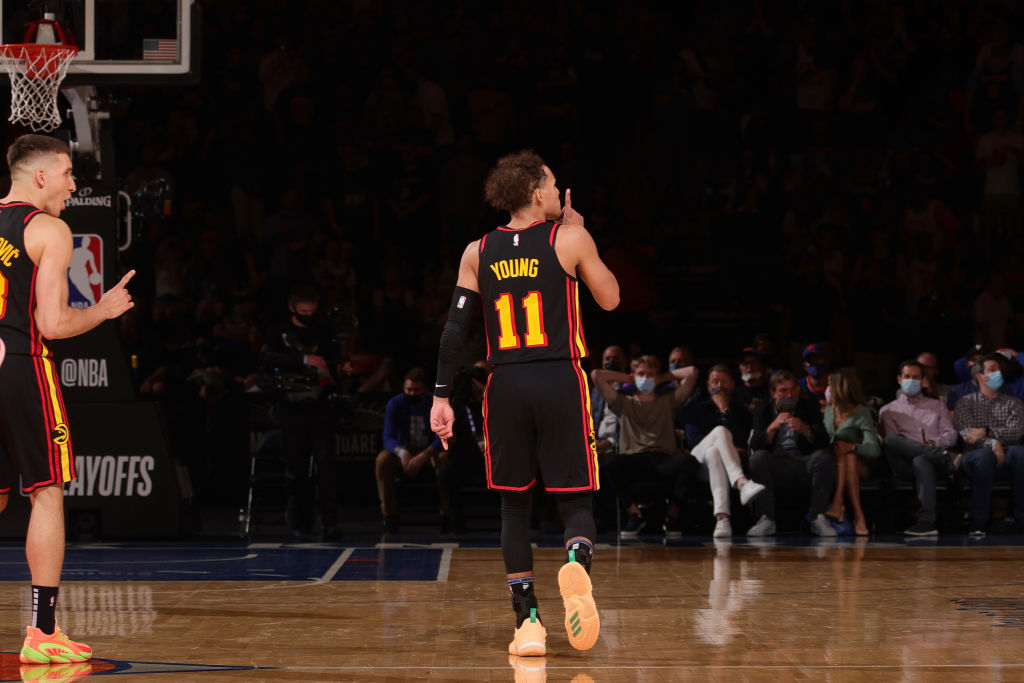 Trae Young made his playoff debut on Sunday night against the New York Knicks. On the road playing in Madison Square Garden, Young would take on the biggest state of his early career as the Atlanta Hawks looked to get off to a good start in pursuit of their first playoff series win since 2016.

With Young as the team’s primary playmaker, the Hawks looked great. In fact, he made history with his outstanding performance.

According to Kirk Goldsberry of ESPN, Young became the first player to have 25 points and 10 assists in his playoff debut since Derrick Rose did it in 2009.

Rose would accomplish this as a rookie at age 20, then would go on to win MVP less than two years later. Young is currently 22 years old as he navigates his first ever playoff series.

To cap things off on this historic night, Young even hit a game-winning floater to give Atlanta the win.

While Trae Young has always produced jaw-dropping stats in the regular season, he rose to the occasion over the weekend in his playoff debut.