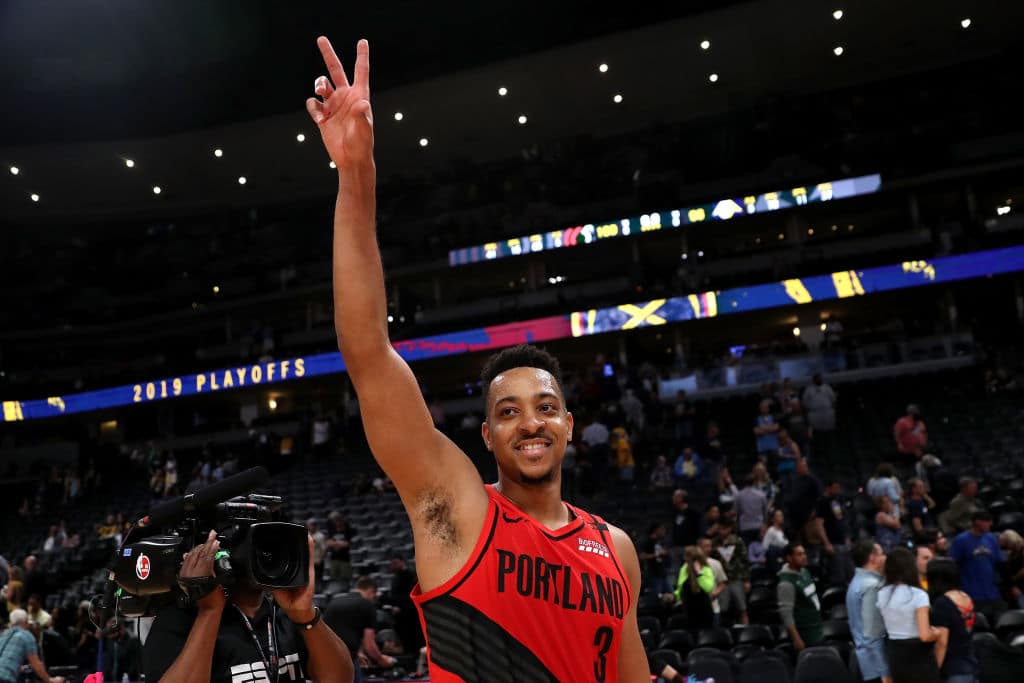 The Portland Trail Blazers were one of the banged up squads that were afforded the chance to recover over the course of the layoff and we’re not just talking about Jusuf Nurkic and Zach Collins either.

Damian Lillard, too, fresh off of a groin injury in February, was only just playing himself back into game shape when the hiatus began. Lillard’s March numbers (20.8 points and 6.0 assists) paled in comparison to the herculean effort he had posted previously (29.5 points and 7.9 assists).

With Lillard compromised, McCollum raised his own game in March, raising the 22.2 points and 4.2 assists per game he averaged before the month began to 25.8 and 5.6.

One of Portland’s hottest players at the time of the suspension, Trevor Ariza, won’t be with the team at all in Orlando. Ariza averaged 14.0 points per game in March, production that will now need to come from elsewhere. Bosnian Beast, anyone?