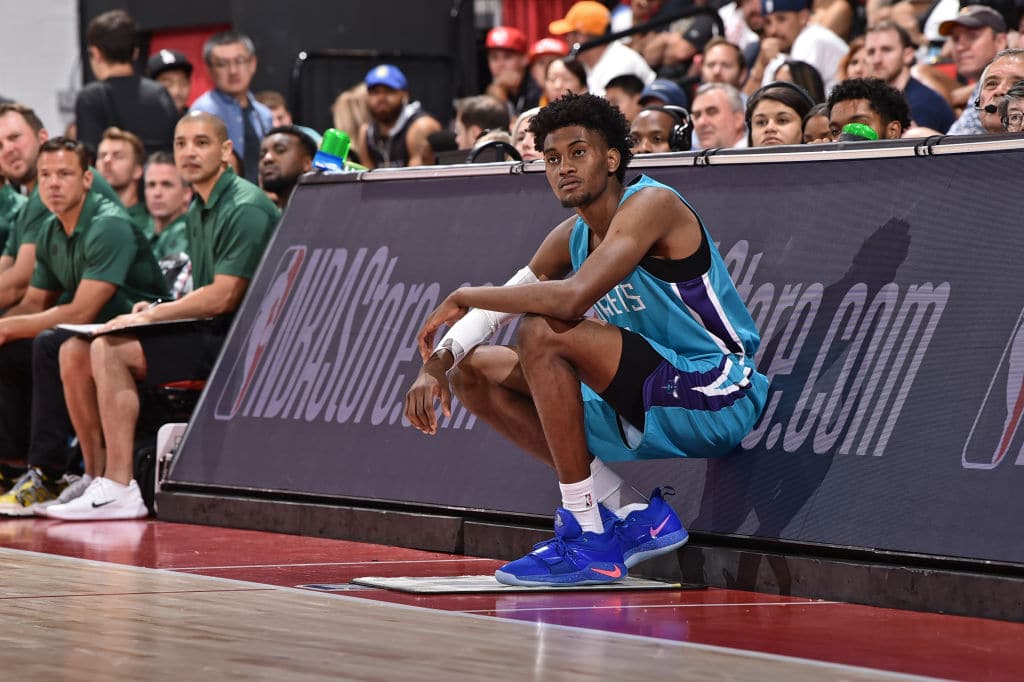 The Hornets selected Jalen McDaniels with the No. 52 overall pick in June’s draft and there’s uncertainty around what Charlotte’s plans are for the 6’10” forward. Rick Bonnell of the Charlotte Observer reports that the Hornets have issued him a tender, though that doesn’t quite provide any clarity on the situation.

The deadline to tender second-round draft picks is approaching, as September 4 is the final day to tender unsigned rookies. Per the CBA, NBA teams are required to offer their second-rounders a one-year, minimum salary deal; failing to do so allows the player to become an unrestricted free agent.

The Hornets’ one-year, minimum salary tender to McDaniels is non-guaranteed. It’s not a given that McDaniels signs the tender.

Second-round picks must be signed using cap room or an exception, which includes the Minimum Player Salary exception for teams without the available resources to offer anything more. Utilizing this route allows for a maximum of two seasons on the deal.

Many second-round picks have either been assured at least two seasons on their deals or have been given a two-way contract. Fellow Hornets second-round pick Cody Martin signed a three-year pact this summer with the club using a sliver of their Mid-Level Exception to close the deal. Charlotte also drafted Arnoldas Kulboka (55th) in the second round, though the Lithuanian forward will work on his game in Europe for at least one season. It’s worth noting that if McDaniels signs his tender and then is cut, he’s not eligible to sign a two-way deal elsewhere this season, per the CBA.

Charlotte has over $8MM of its MLE left, which would allow them to make an offer to McDaniels for more than the minimum and increase the years beyond two if they choose to do so.

It’s not a given that the Hornets will offer McDaniels anything more than the tender or that he will join the team for training camp. Charlotte has commitments to 20 players before accounting for the 21-year-old forward. Both of their two-way contract slots are utilized with Robert Franks (signed) and Ahmed Hill (agreed to), though the team could decided to cut either player and offer McDaniels that role.

McDaniels is a fluid athlete who has the potential to be at least a rotation player in the NBA. He likely would have been selected higher than No. 52 had he not been the defendant in a lawsuit where two women claimed he videotaped them without their consent. General Manager Mitch Kupchak said he was aware that McDaniels was being sued when he selected the 21-year-old. No ruling in the lawsuit has been made and it is still ongoing as of this writing.

Tendering McDaniels gives the franchise more time to make a decision on his future. It does not provide any more clarity on whether the Hornets plan to bring him to training camp with a eye on adding him to either their or the Greensboro Swarm’s roster or whether they plan to allow him to find work elsewhere. Charlotte’s training camp is scheduled to begin on October 1.