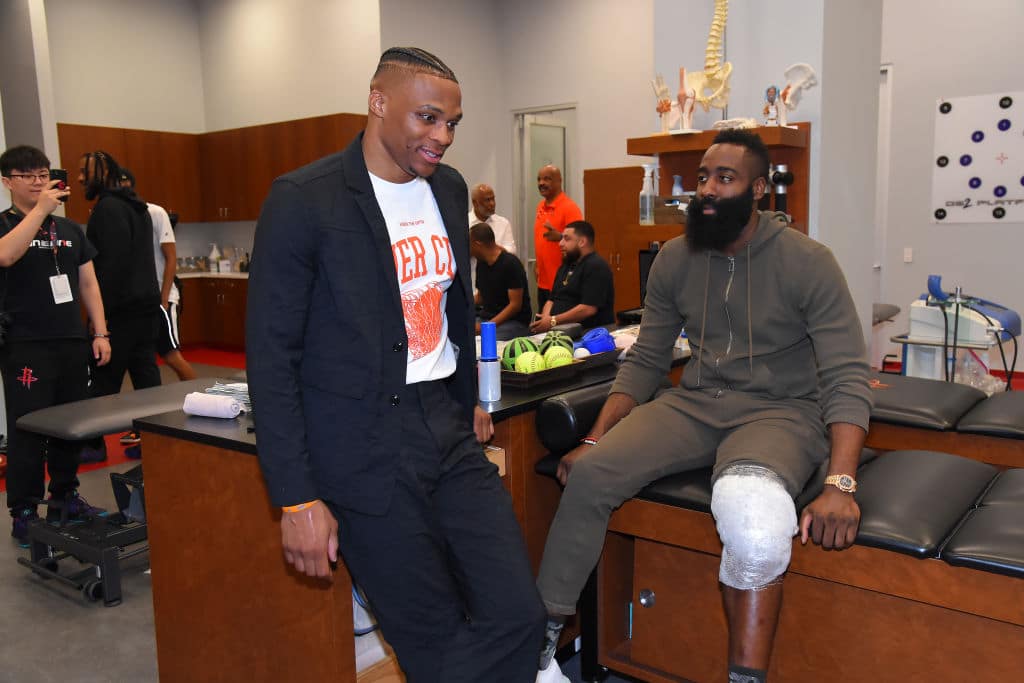 The Rockets are the favorites to come out of an increasingly brutal Western Conference this season, according to general manager Daryl Morey.

Houston is “shooting for the No. 1 seed,” says Morey.

You said on the NBA Awards red carpet that the Rockets should be Western Conference favorites. That was before the Clippers moves, the Lakers additions and your deal for Russell Westbrook. With all the changes in the league since then, how do your championship chances compare to your expectations then? Are you still the favorites?

Morey: “Yes. We’re favorites. But as usual, there is some very tough competition: Clippers, Lakers, Utah. Then I’d say people are probably underrating Golden State still. We have a healthy respect for them. But we go in shooting for the No. 1 seed.”

What makes Russell Westbrook a better fit than Chris Paul?

Morey: “I wouldn’t compare him to Chris Paul. I don’t think we need to do that. I would just say what makes Russ a really good player for us is he’s a weapon. Obviously, he’s a guy who can elevate his game in the playoffs with his athleticism. He’s a guy who has an extra gear. He’s a weapon in transition. He’s a weapon on the boards. There is instant cohesion with him. We’re excited.”

You had often said that you expected Chris Paul to age well because he does not rely on explosive athleticism. Russell Westbrook does.  With that in mind, does Westbrook extend the championship window as much as might be assumed because he is four years younger?

Morey: “I do think Chris will be very good later in his career. Generally, Hall of Famers hold up. The ones that are high IQ and things like that tend to last longer, as well. Russ and James (Harden) and Eric (Gordon), they’re all in their prime, all 30. Some of the aging stuff is not a big question right now.”

Related James Harden: ‘I’m Going to Find a Way to Win a Championship, at Least One’