How Not To Cover A Trade 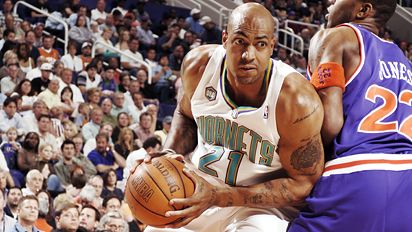 ESPN famously bills themselves as “The Worldwide Leader,” which is of course why their sports business reporter just left them for CNBC.

But that’s neither here nor there. We’re here today to focus on their coverage of last night’s trade, where Tyson Chandler went from Chicago to New Orleans in exchange for JR Smith and PJ Brown. Being timely is great, and breaking news is great. But when you have an employee nation of seemingly millions, you could at least get it correct.

Instead, two things…
1) When news of the trade broke, for a while last night ESPNews had down in the corner of their screen in their “Breaking News” slot: “Chandler to CHA.” Hang on, Tyson Chandler was traded to the BETcats? No way! That’s really amazing, especially because the BETcats have been relatively quiet this summer and all.

Oh…wait…it was New Orleans? Then why would they write…oh, I get it, they just figured out the Hornets left Charlotte! Well, that was only a year ago. They are the Worldwide Leader, you know.

2) In covering the breaking news on their website, ESPN again showed their leader-ness (or whatever you call it). Here’s the picture they ran big on the front of their website:

Which is true, sure, but then, why would you run a picture of Marcus Fizer?

And you want me to get cell phone service from you guys? Don’t think so.