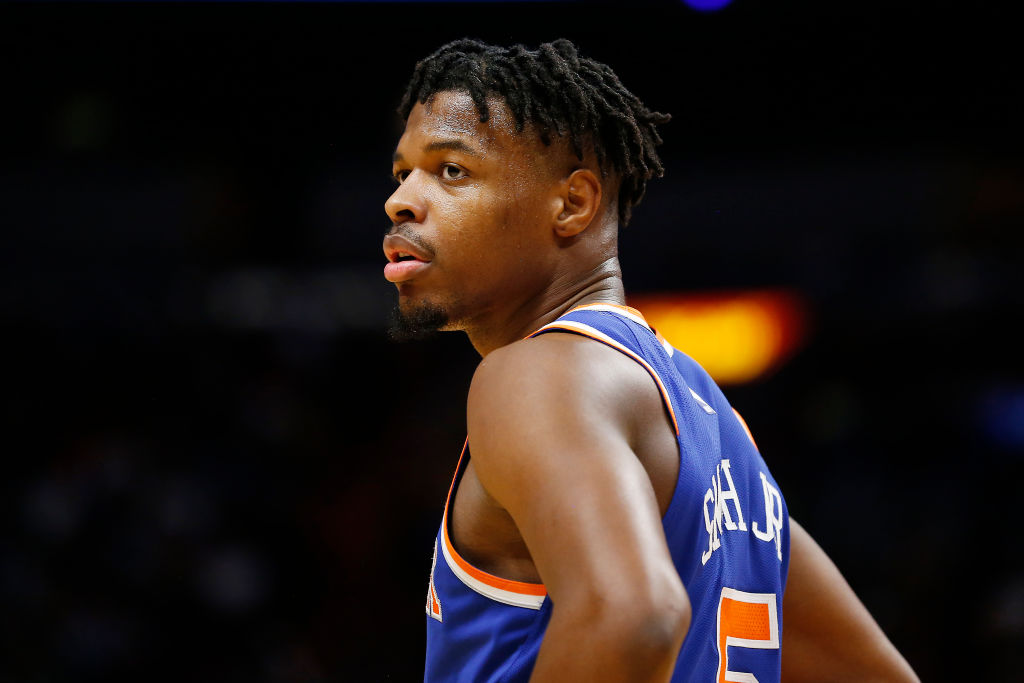 Knicks guard Dennis Smith Jr addressed a published report that he is seeking a fresh start in a new city.

Smith, 22, says he wants to remain in New York.

When asked if he believes things will eventually work out in The Big Apple, however, Smith’s answer wasn’t exactly re-assuring: “I’m not really a wait-around-type guy,” he said, “you know what I’m saying?”

According to The Athletic, NBA executives who contacted the Knicks are under the impression Smith would be amenable to a new start. Minnesota reportedly has shown interest.

“I like playing for the Knicks. So whatever I’ve got to do, I’m going to take care of that.”

So you want to be here?

“It hasn’t been in my mind,” Smith added. “You know what I’m saying? My thing is to take care of what I got going on now. I’m with the New York Knicks, so I try to be the best version of me with this team.”