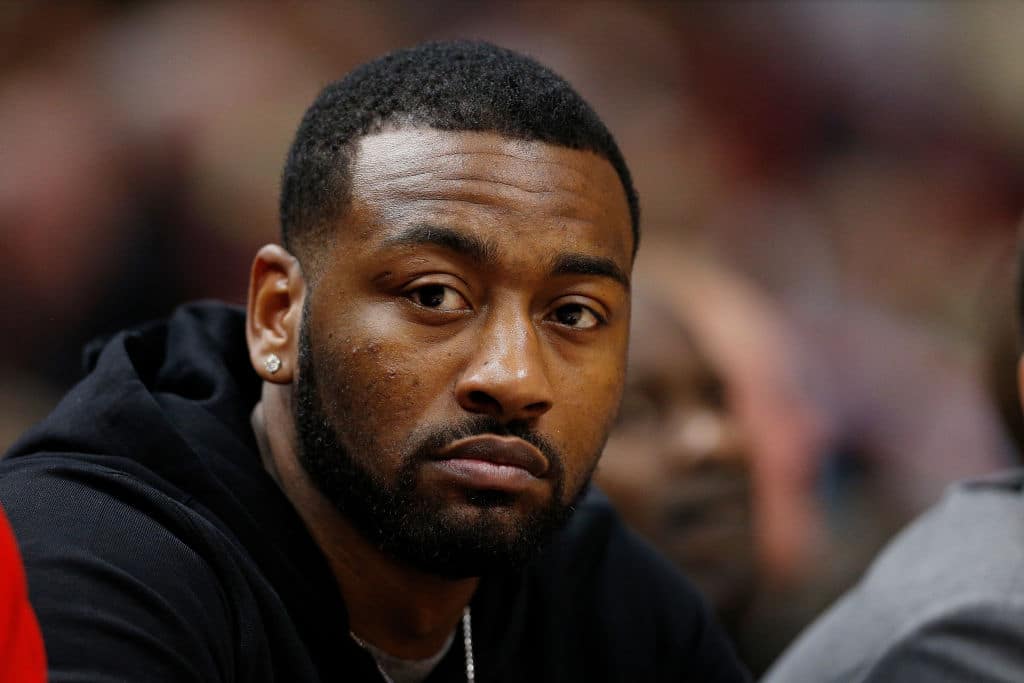 John Wall isn’t sure if he’ll be suiting up next season, as recovers from a torn left Achilles tendon, and says he wouldn’t be upset if the Washington Wizards draft a point guard this summer.

“He can be a great backup to me,” Wall told reporters Tuesday night.

The 28-year-old, five-time NBA All-Star says “you have to do what’s best for the team.”

“Me? I’d be fine. I don’t have no problem with that because it is what it is. You have to do what’s best for the team and make sure that we have pieces,” Wall said, setting up the zinger. “And when I come back, he can be a great backup to me.”

As he looked around at the chuckling audience, Wall didn’t crack a smile. He was as serious as his predicament.

What Wall looks like when he returns is anyone’s guess — and even optimists have to be concerned. But the Wizards can’t wait to see what he becomes before building the team moving forward, because he could miss all of next season and be a 30-year-old coming off three lost seasons of his prime.

“My goal is that everybody that’s writing me off, keep doing it. That’s my ultimate goal,” Wall said. “Other than that, I’m just taking the process: How long does it take to get back right? And whenever my body feels like it’s back to where I feel ready to play, that’s when I’ll come back.”