‘I’ll Stick to My Job’: Jayson Tatum Unfazed By Criticism 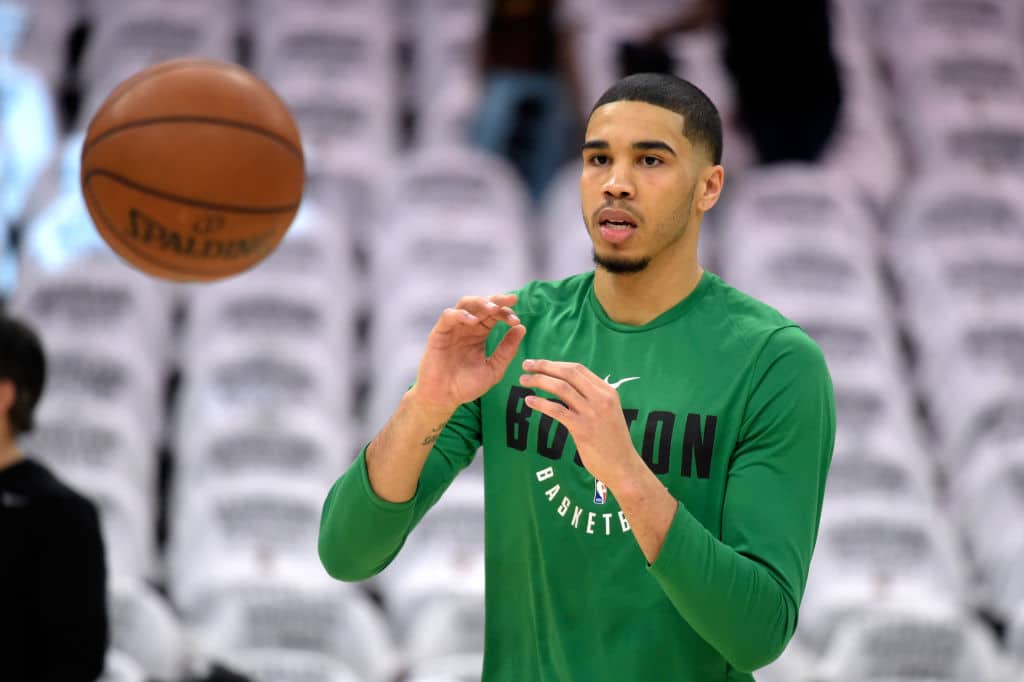 Jayson Tatum read an article claiming that he’s one of the NBA’s most overhyped players, but the 20-year-old refused to take the bait.

Jayson Tatum on article that dubbed him one of NBA's most overhyped: "I saw it. But, good or bad, articles really don’t faze me. Everybody is entitled to their own opinion. My job is to play basketball; their job is to write articles. I’ll stick to my job."

Tatum adds that he benefitted greatly from his offseason workout with Kobe Bryant, and that he has “definitely gotten a lot stronger.”

Tatum gushed about work out with Kobe. Biggest takeaway? "Maybe a few things he showed me, post moves. But just interacting with him and being able to talk and ask him questions and trying to get into his mind and understand how he thought the game, what he did to be successful."

Tatum said he's gotten stronger this summer. "That's probably been the biggest focus. I'm still young so it's hard to really just throw on a bunch of extra pounds. But I've definitely gotten a lot stronger. … I just wanted to get my body right and keep getting stronger."