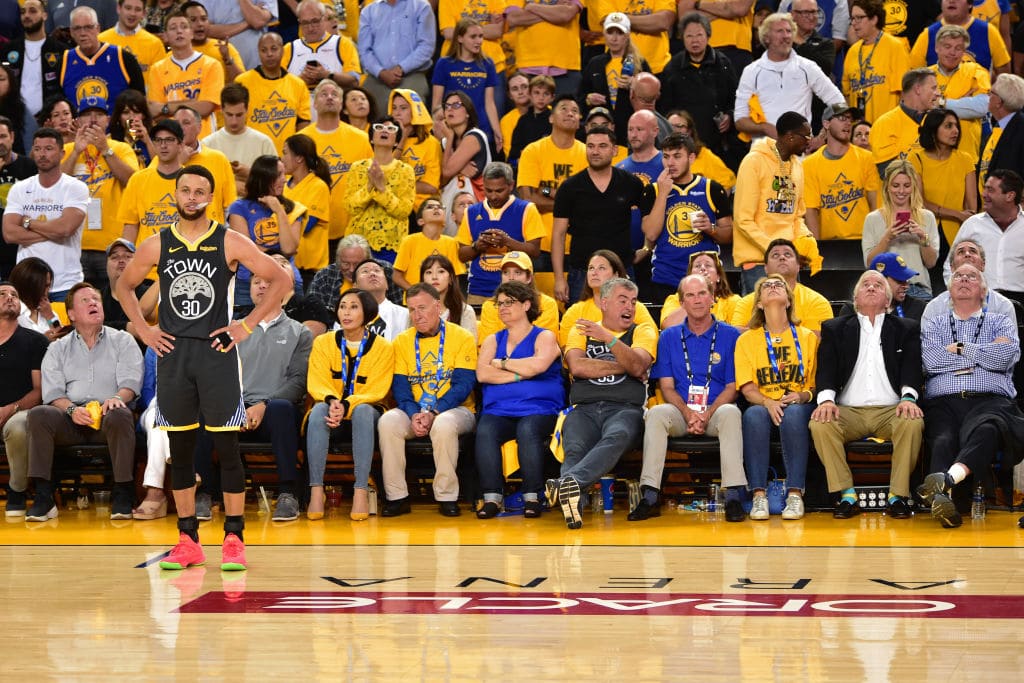 “Everybody wants a new challenge,” says Curry, who reflected on the departures of Kevin Durant through free agency, the Andre Iguodala trade, Klay Thompson‘s torn ACL, and the acquisition of D’Angelo Russell.

Curry, 31, is “the oldest on the team now,” and realizes he’ll have to carry a much larger burden for the Warriors.

“It will develop as we get together as a group. A lot of changes. It’s a tough way to end the Finals with K.D. and Klay getting injured, and obviously free agency. For us, our core, myself, Klay (Thompson), Draymond (Green), adding D’Angelo and a lot of hungry, young guys trying to prove themselves in the league, it’ll look different in terms of the lineups and things like that. But the expectations of how we play, that championship-caliber basketball, that for us will always be the motivation and the challenge.

“I’m excited, to be honest with you. Five straight years in the Finals and we’ve accomplished a lot, and three championships. There’s a lot to be proud of. But everybody wants a new challenge in terms of how do you get back to that level.”

Did the free agency changes catch you off-guard in terms of what the Warriors did, and when you look at the league, especially the Western Conference with the Clippers and Lakers? How do you size it up?

“There’s a lot of change, and it’s like this every summer, just now it’s with the biggest names in the game. The West is always tough. It’s been that way since we started this Finals run back in 2015, and I think it’s going to continue.

“In terms of what we did this summer, I’m really proud of our front office trying to put the pieces together and filling out the roster with talented guys that are going to be hungry to prove themselves in the league and obviously D’Angelo with the year he had last year. We’re all going to figure it out together. It’s going to be an adjustment. We talked about this when Coach Kerr took over back in 2015. We had proven success in terms of being a playoff team and just had to finetune it a little bit. Now that we’re champions and experienced that, it’s just about finetuning with the personnel that you have. We have a high basketball IQ so I’m confident we’ll figure it out.”