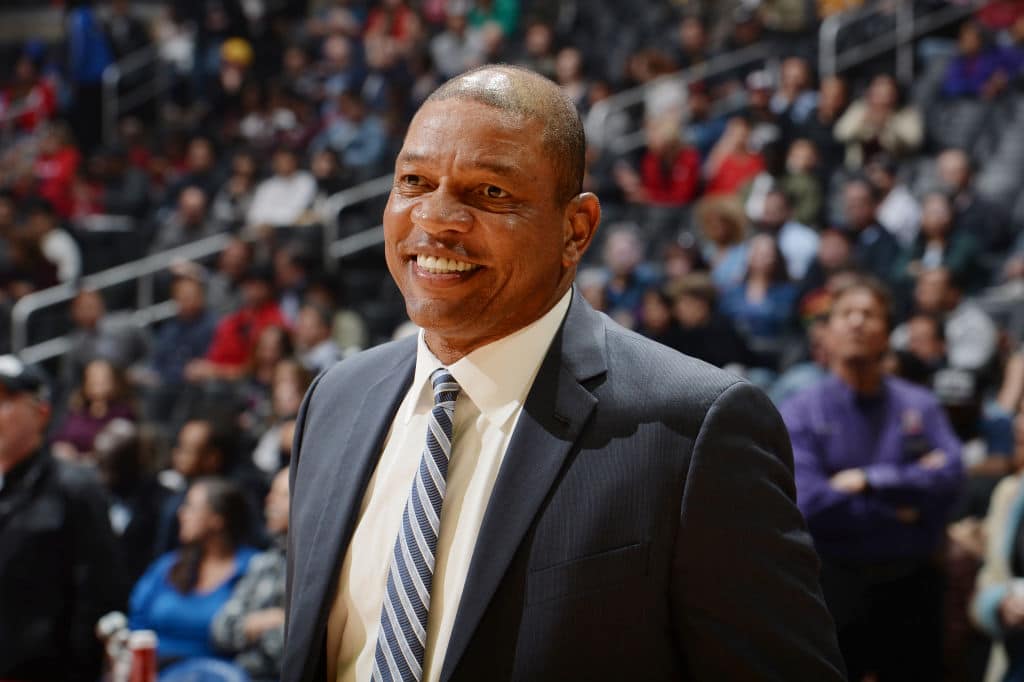 Doc Rivers and the LA Clippers revealed that a contract extension had been agreed upon, putting to bed rumors that he could bolt for the Lakers this summer.

Team owner Steve Ballmer intends to hang on to Doc for “a long time.”

“I’m going nowhere,” Rivers said. “I can tell you that straight and up front. I’m going to be here until Steve [Ballmer] says ‘Get out.’”

Ballmer, the Clippers’ owner, and Rivers agreed to a contract extension last May that included an opt-out clause for this summer, one Rivers could have used if he decided to pursue another job. The Lakers are expected to part ways with coach Luke Walton, and Rivers became the subject of rumors.

“We just thought we’d put that to bed,” Ballmer said.

The contract hasn’t been finalized — Ballmer said they’re still in the process of “dotting some I’s and crossing some Ts.”