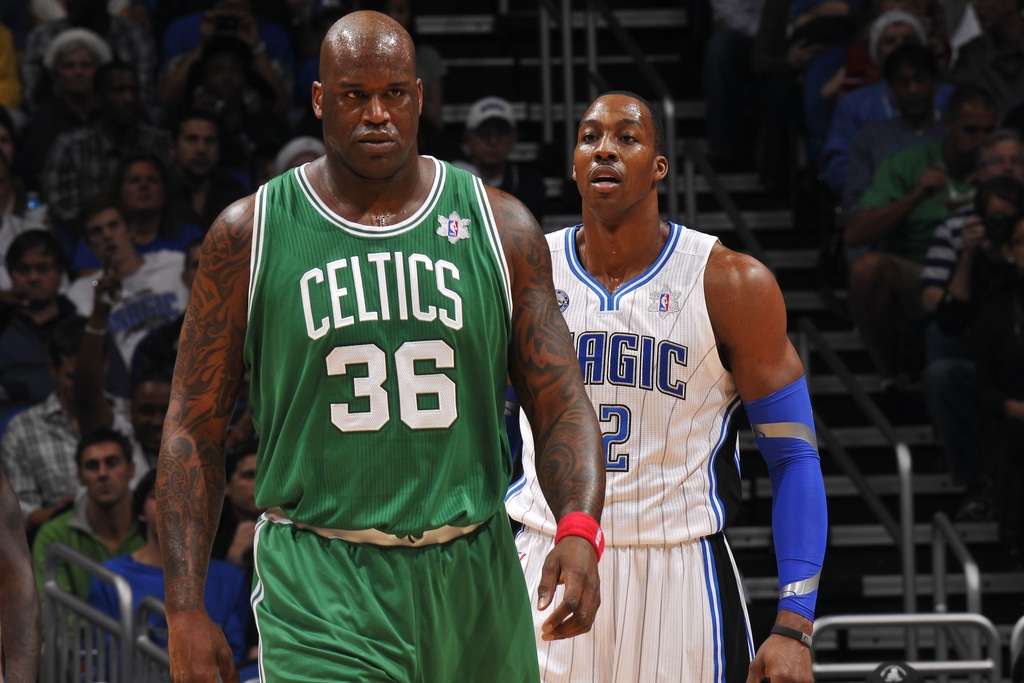 Dwight Howard vows not to let Shaquille O’Neal have the last word in the latest iteration of their never-ending feud.

The newest tiff between the two big fellas ignited when Howard responded to a social media post from O’Neal following his appearance on MTV‘s “Wild-N-Out.”

Dwight says if Shaq wants to keep the beef going, he is “not gonna be quiet.”

Dwight Howard and Shaquille O'Neal are engaged in a social media beef that got a little personal. Howard isn't backing down from the fight. https://t.co/teUOQzDXLx

“What’s going on between me and Shaq? I don’t know. I woke up and saw that he posted something about a roast they had against me. So, I decided to clap back. Obviously, he’s got some things he wants to get off his chest about me. I don’t have any personal issues with him.

“But if you do want to get to a roast, I can roast with the best of them. I’m ready. I’ve got some in the chamber, some jokes in the chamber. Let me say that so people don’t think I’m gonna do anything crazy. It’s all love. I don’t have anything against him. He came before me as a pioneer in the game for a lot of guys that play my position. But I’m not gonna be quiet.”

Howard went on to say that his goal this season is to win a championship, regardless of whether Shaq said he should or not. And, when pressed for the jokes on O’Neal that he has “in the chamber,” Howard declined… sort of.

“No, I can’t tell you my Bigfoot jokes yet,” he said, dropping a sly hint.