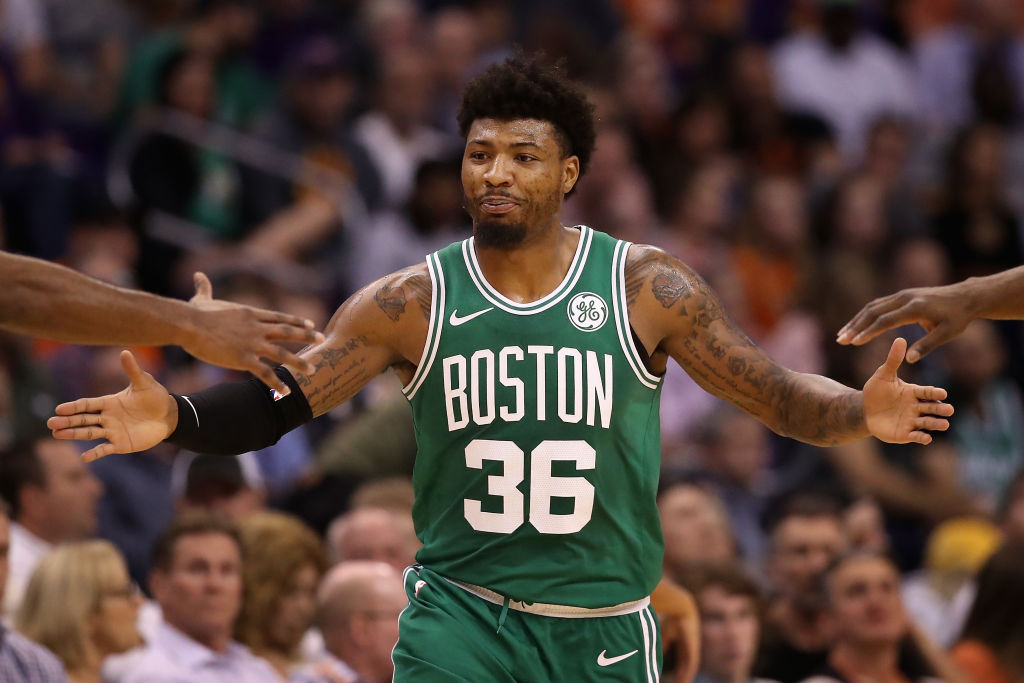 “I’m just on another level right now,” Marcus Smart told reporters Friday when comparing his level of on-court intensity to that of Clippers guard Patrick Beverley

Though Smart’s respect for Beverley is “through the roof,” he’s confident in coming out on top in that dogfight.

“What I am surprised about is for Pat to think that I’m below him or anything in that standpoint where, you (put) me head up against Pat I think we know who’d win that battle. I think my play speaks for itself. I’m not saying Pat’s not a good ball player, good defender, but I’m just on another level right now.”

Before the Celtics faced the Clippers on Wednesday, Smart said that his respect for Beverley is “through the roof.” On Friday, he said those feelings had not changed, but this time there was an addendum.

“He has heart,” Smart said. “You’ve got to respect a guy like that that goes out there and plays every night fearlessly, and really stands down to nobody. The respect factor is there, but at the same time, I’m on another level. I feel like when it comes to me, if you had to choose me and Pat, I think I’d be getting that nod, so no offense to Pat, but step his game up a little bit more and we’ll see.”