LeBron James on the Design of the Nike LeBron 15

LeBron James leapt into the passing lane and poked the ball loose from his opponent’s hands. It bounced once before he caught up to it, then he took a dribble. From just inside the dotted lines, he launched up off the floor, soaring to the rim for the first dunk of his NBA career. The perfect mix of power and grace. A crystal clear preview of the excellence that he would bring.

In the 14 years since, James has used that one-handed tomahawk jam over and over again. And even at 32 years old, Bron is still out there flying. He threw down a career-high 145 dunks in the 2016-17 season. After 14 seasons in the League, 12 trips to the playoffs, eight appearances in the NBA Finals and three summers with Team USA, LeBron just dunked the ball more than he ever has, with all those miles on his legs. It makes no sense.

That’s why the Nike LeBron 15 was built to protect the King at all costs. 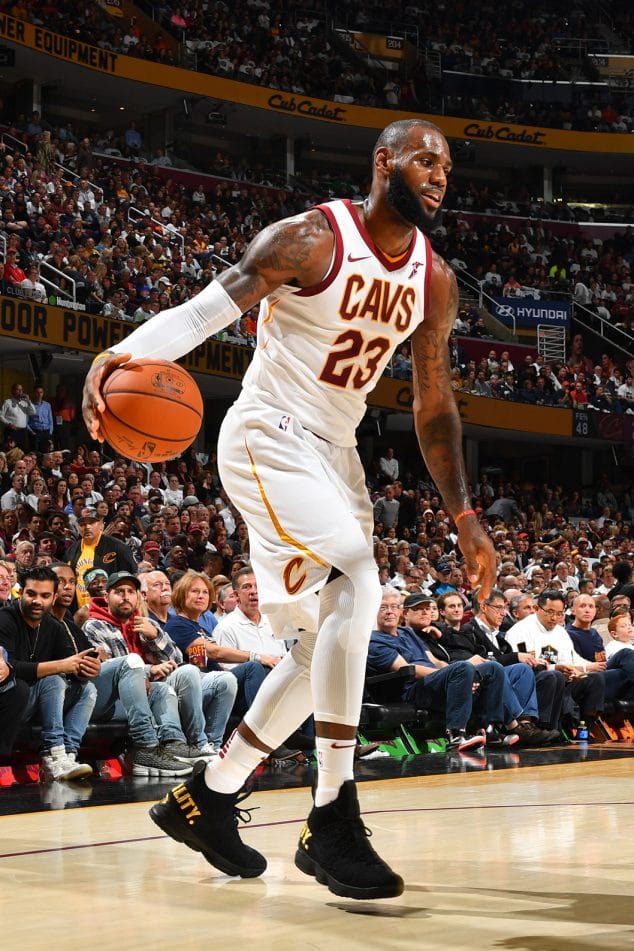 “When you talk to LeBron about underfoot cushioning, this is probably one of the most important things for him,” says Tim Day, Nike Global Senior Product Line Manager. “The one thing he says that will allow his career to go longer, and if you talk to [LeBron’s trainer] Mike Mancias, you’ll hear that it’s gonna be protecting his back. The force that he comes down with and takes off with is directly affected through his back and the intrinsic muscles down the hamstring.”

For LeBron to keep collecting bodies on the court, he needs a cushioning system that will return energy and help his body absorb all the wear and tear that comes with punishing defenses every night.

Day says that the Swoosh’s design team operates in evolutions and revolutions because innovative technology and comprehensive overhauls can’t be produced on a yearly basis. But every few years, they cook up something that flips the game on its head. The 15, Day says, will be the sneaker that kicks off the next generation of greatness for LeBron’s sneakers.

There are two brand new elements on the LeBron 15. Jason Petrie, the lead designer of the James line since the VII, started by bringing back full-length Nike Air, one of Bron’s favorite features.

“First of all, I’m happy to be back in full-length Air,” James told SLAM at Cavs media day in late September. “Full-length Air is one of my favorites, just throughout the whole shoe—gives you so much comfort, so much lift.”

The VII introduced a visible Air unit to the LeBron line. Petrie then doubled down on that 360-degree Max Air and brought it back for the X, a silhouette that, between the 2012 Olympics and the 2013 NBA Finals, got nearly a year of on-court wear time. 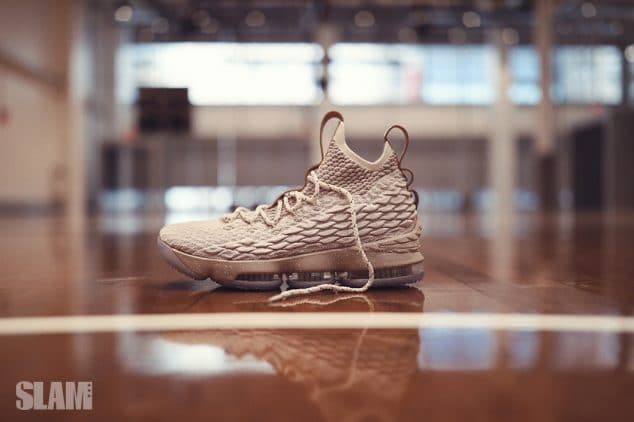 With the VII and the X serving as inspiration, Petrie and his team produced an all-new cushioning system that combines Max Air with Zoom Air. The Max sits on the outside of the platform and the Zoom sits in the middle to offer up a transformative, trampoline-like foundation.

Petrie then turned his attention to creating an upper strong enough to support LeBron.

“LeBron was sticking primarily to mesh on the upper,” Day says about the King’s signature line. “And the one thing that we said is for the best player in the world, he should have the best innovation out there. Flyknit, it gives you a sock-like fit. We took that and we redesigned and reengineered it to the specifications of LeBron James on-court. If you look at the really scale areas on the actual shoe, those areas have a little bit more structure than your traditional knit. We knew those areas, we needed the lockdown for LeBron when he was cutting and breaking on court.”

The redone FlyKnit was renamed BattleKnit, and the 15 had a theme. 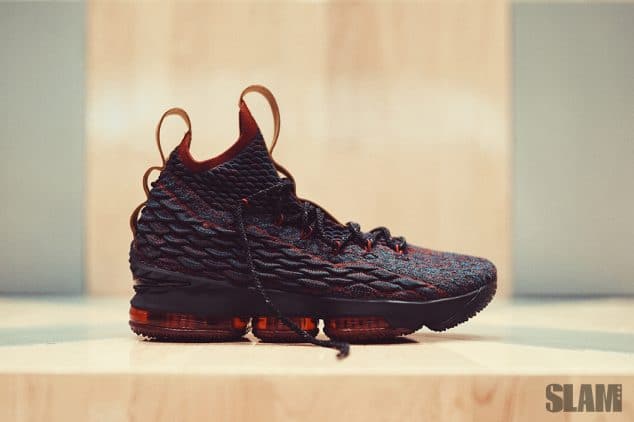 “We keep throwing out this term of indestructible elegance,” Day says. “That was our mindset when we built the 15—indestructible elegance. Building the strongest knit ever, having the underfoot system that’s amazing, that’s going to protect his back but still have return of energy. But then elegance. A beautiful bag that you can see. BattleKnit, which is completely new, building it in with scales and all these multicolors and all of these great narratives to go with it. That all coupled together got us to this place with the 15.”

LeBron was rocking a pair of 15s that had a zipper running from the tongue to the toebox when he unveiled the shoe on Instagram and then again at the KITH SPORT Show in New York. Other colorways of the luxury 15 have been spotted since. Day says that those will eventually be released, while LeBron says the fashion-forward styling will be part of the 15’s legacy. 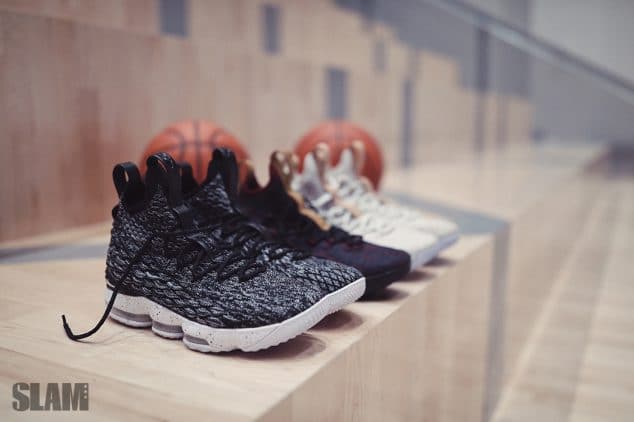 Now 15 sneakers deep, with the introduction of some new tech and a set of fire colorways coming, he’s approaching rare air. Air like the other number 23.

“The reason we have that first colorway as ‘Ghost’ is because he is chasing a ghost,” Day says.

With the 15 on-foot, LeBron’s ready to make a run at the Jumpman.

Darvin Ham: ‘it’s a Great Luxury to Have’ LeBron James